TechNave Gaming: You can pre-order the Nintendo Switch Battery Enhanced Edition for RM1299 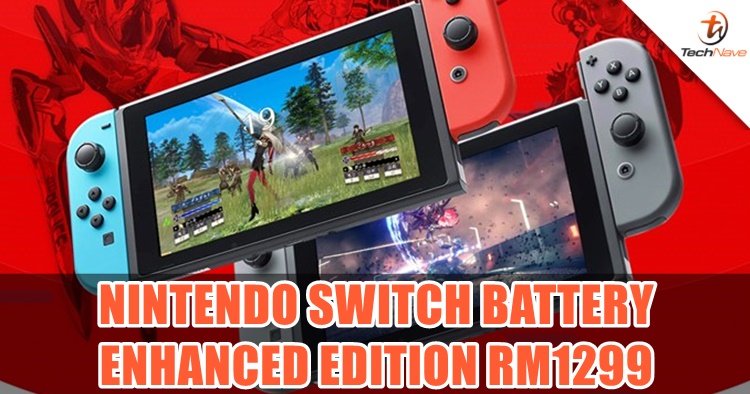 If you've been waiting patiently for the Nintendo Switch, now it's a pretty good time to get one. As previously rumoured, there will be a Battery Enhanced Edition releasing this month and true enough, Impulse Gaming has set up the official price and pre-order online on their website for RM1299.

How much longer can the Battery Enhanced Edition stay awake anyway? Well, compared with the first generation, it can now last up to 9 hours max whereas the former can only reach 6.5 hours max. On top of that, both Neon and Grey models are available for the new one and it's covered Maxsoft warranty. If you do a walk-in purchase at the Johor Bahru Branch, you will be able to get a cash voucher! 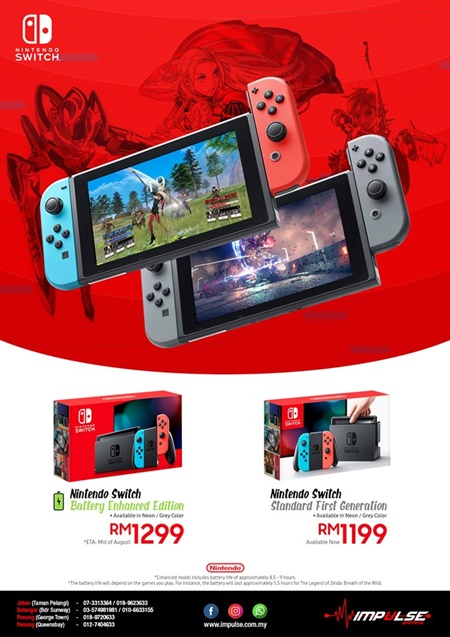 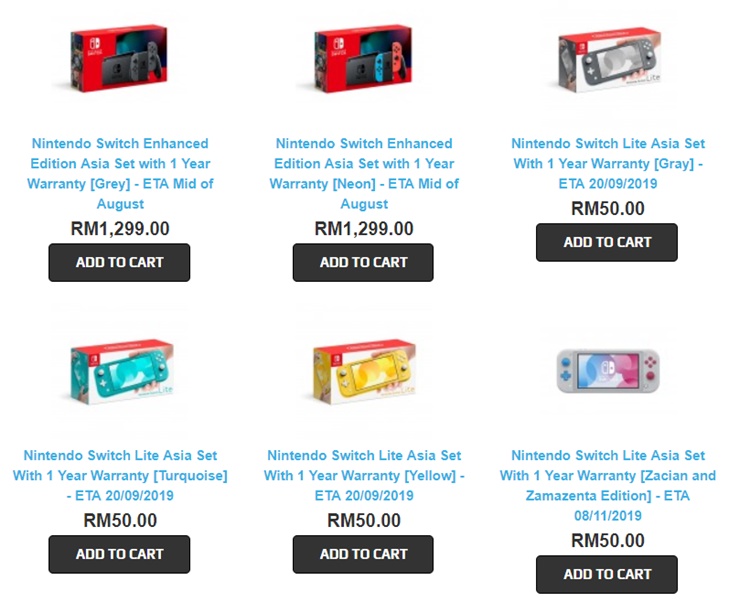 Also, if you look into their online store, the Nintendo Switch Lite Asia Set are listed there with four editions - Grey, Turquoise, Yellow as well as the special Zacian and Zamazenta Pokemon Edition with a RM50 deposit. It's set to schedule on 20 September 2019, while the later will only be released on 8 November 2019 (the same day as the Pokemon Sword and Shield release).

The Nintendo Switch Battery Enhanced will arrive in Malaysia on mid of August. Are you gonna get one? Stay tuned for more gaming news at TechNave.com.