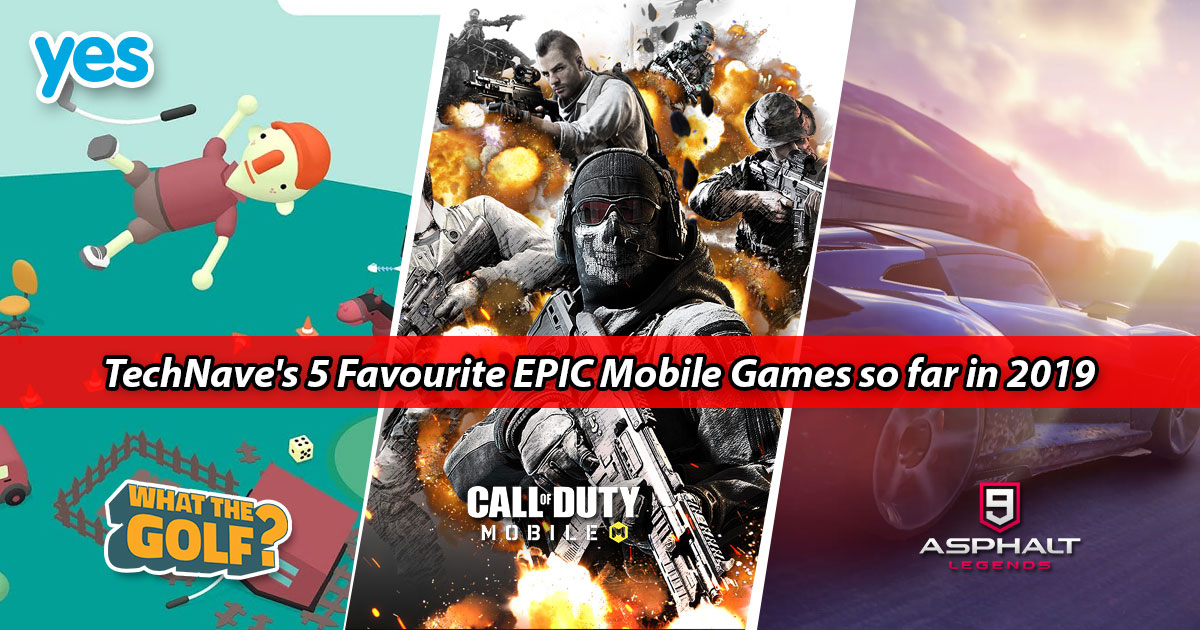 While the west has yet to embrace mobile gaming wholeheartedly, it has proven popular for the east particularly in the South East Asia region. Multiple mobile gaming eSports competitions have already taken off in a few countries and to know that Malaysia will be the host for the PUBG Mobile Club Open 2019 Fall Split Global Finals is quite a testament.

While it's impossible to go through every single mobile game to see which one is the best, we can definitely tell you which were (and still are) super enjoyable and our favourites. Do keep in mind that the games listed here are in alphabetical order, so without further ado.. here are our Favourite Mobile Games so far in 2019.

There are plenty of racing mobile games out there. There's Real Racing series, Need for Speed, and Gear Club, but there's nothing quite like Asphalt 9: Legends. Sure, it has a "pay-to-win" feature inside but it's still a fun game to play. It has one of the best (and addictive) music soundtracks, graphics are drop-dead gorgeous especially when played on the ROG Phone series (putting every other flagship phones to shame), and it's one of the mobile games that most smartphone reviewers use to test the phone's graphics capabilities.

Asphalt 9: Legends was officially released in mid-2018 but one of our writers played it for a year plus before being inactive, so you can imagine that he has unlocked a few powerful cars by now. That's how addictive it can be!

Speaking of being addicted, it shouldn't be a surprise to see COD Mobile on the list here. Just recently released on the first day of October, it has already been downloaded over 100 million times within the first week for a good reason, even pulling PUBG Mobile players over since it has its own Battle Royale mode which we think is more fun (Ninja class, anyone? Haha), but that's a story for another day.

What makes COD Mobile a fun game to play is not only having Battle Royale, but a quick multiplayer match against other players online and the recently added Zombie Mode as well which PUBG Mobile doesn't have. If you have played the COD Modern Warfare series before, the mobile version retains the "feel" and it's just super fun to play with your friends together in various modes.

Another popular mobile game to play with friends together is none other than Mobile Legends Bang Bang. Despite being 3 years old already, it's still a popular game in Malaysia and it even has a professional league called MLBB Professional League for Malaysia and Singapore (4th season now) with a total prize pool of RM414,000.

Comparing with other MOBA mobile games, MLBB is probably still the preferred choice simply because the game is accessible and graphics friendly for most devices. Heroes are fun and the skins are really cool, even though they are similar to League of Legends but hey, you can only do so much with that amount of character roles, right?

Initially, I wanted to put in Arena of Valor which I really enjoyed (more so than MLBB). It has surreal graphics and the characters are super cool with various costume themes from cyberpunk to western, heck, there's even Batman in the game! However, the game is pretty much dead in Malaysia after merging with the Indonesia servers due to whatever reasons. Garena, you only had one job.

Do you know what else also made a huge impact? Freaking Pokemon Go! Developed and released by Niantic three years ago, many Malaysians are still enjoying the game including the uncles and aunties. 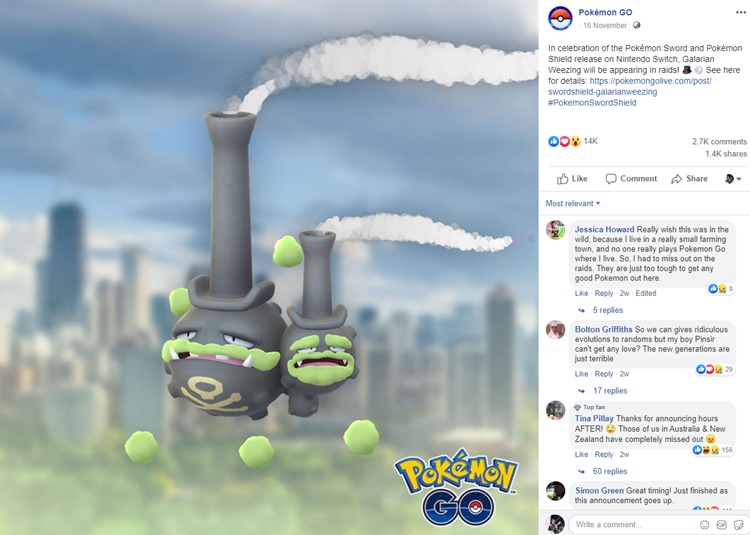 Granted, the number of players did go down as time passed by. But let's not forget that it made everyone go out of the house and catch Pokemon together. Since its release, the game has undergone several improvements such as trading (long overdue but oh well), actual battles with other players online and even coincide with current Pokemon events such as the recent Galarian Weezing, promoting the latest Pokemon Sword and Shield game on the Nintendo Switch.

I would have slotted in Pokemon Masters, but because of its repetitive grinding chores, no REAL PvP mechanic and the questionable lack of Pokemon evolutions, this is why Pokemon Go takes the spot. The Pokemon Masters development team is improving, though, but simply not having a real PvP battle against your peers just takes away the core of Pokemon.

While there are other older popular Real-Time Strategy (RTS) like Clash of Clans and Clash Royale with an active community, Command and Conquer: Rivals certainly picked up interest and brought back a lot of old school fans who played the game on the PC platform many years ago.

Granted, it may seem like a "downgrade" from the CnC franchise but we can't deny that it's still a fun game. The objective of the game is simple - destroy the opponent's main command centre and you win. The mechanics are also different from the PC platform, instead of commanding a large scale force, you are given a choice to assemble your best 6 squads combo which can create a wide range of strategies. Not only that, it requires a lot of map control over the nuclear missile so it's not some warfare game where you blindly send in your troops.

The road to Tiberium Rank may take a while, but once you've reached there, the game replayability drops and there's nothing much to do after that. Nonetheless, the game is still being updated with new units and mechanics balancing the ever-changing metagame so that can be fun for RTS players.

Honourable Mention: What The Golf?

If you're looking for something relaxing and nothing too competitive like the games mentioned above, you should definitely try out this game because it's hella fun and bizarre! But what the heck is What The Golf? Ok, hear me out.

Developed by Triband and available on Apple Arcade (and PC too), the game may look like a simple golf game where you are required to hit the golf ball into the hole but with a twist. As the game progresses, you will be hitting something else entirely like a car, a house, or even yourself through extreme ways and it's hilarious. I couldn't stop playing for a few minutes after a friend introduced it to me and it's definitely one of the best casual Apple iPhone games.

Get Unlimited data with YES 4G Mobile gaming is fun and all but it won't be when you run out of Internet data. If you're looking for a great mobile plan that gives unlimited data, look no further than YES 4G. Why? Because for just RM1 per day, you will be able to game ALL DAY with pure unlimited 4G LTE data connectivity. As one of Malaysia's reliable Internet providers, you can experience a consistent 4G streaming wherever you go, on the train in transit, on the road from your school, and even when you're doing your business on the toilet.

No lag and just swag all day on playing your favourite mobile games, inilah Konfem 4G! So what are you waiting for? Just say YES with YES 4G for this EPIC reason for allowing you to ride on YES Konfem 4G Konfem Unlimited network. Sustainable and super cost-effective, YES 4G makes your Internet life super easy, barely an inconvenience. If this sounds like an epic plan for you, you can visit their official website right here and #SwitchToYES now!