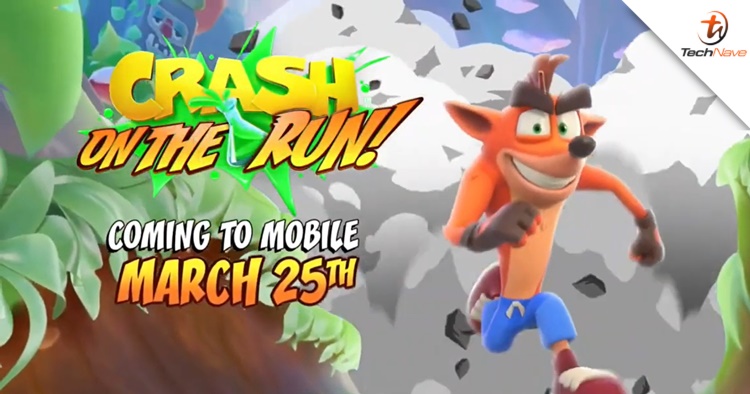 Last year, we somehow discovered a random beta mobile game test in Malaysia and turned out to be a Crash Bandicoot mobile game. At that time, it was only available on the Google Play Store and later became forgotten as the months went by. However, there's now an official release date which is 25 March 2021.

Yup, it's releasing quite soon and in case you have forgotten about this - you can already sign up for the pre-registration on both Android and iOS. Promptly named 'Crash: On the Run!', it's developed by King, the developers behind the successful Candy Crush saga that your mother is playing (or not). It's basically Temple Run but with some customizable characters and weapons as well as playing with friends together online.

We actually played the demo a while just to see how it is, so if you're curious, you can take a look at the gameplay here. Stay tuned for more trending tech news at TechNave.com.