Current Location: Home > News > The Apple Beats Studio Buds could be released in July and priced at ~RM617 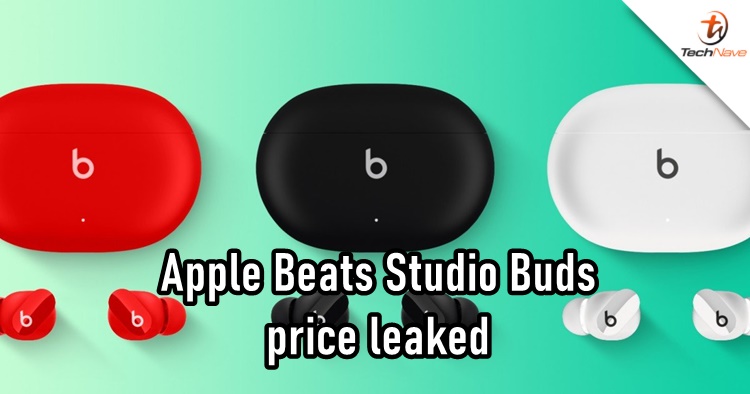 Rumours about Apple's Beats Studio Buds TWS is getting more frequent. The last time that we saw was a woman allegedly wearing the pair in public but there's no way to confirm it yet. Now we got a price leak from Jon Prosser, another popular leakster.

According to Prosser, the Beats Studio Buds could come in three colours (red, black, and white) that's in line with the previous rumours. He also claimed that these pair of wireless earbuds could arrive on 21 July at the price of $149.99. That's roughly around ~RM617 from direct conversion but seems quite reasonable considering the brand's reputation.

Other than that, the Beats Studio Buds appear to have made their way to Taiwan thanks to the NCC database as well as the US on the FCC website. With this information in mind, the release date could be quite soon as mentioned earlier but it could be a different story for Malaysia. The Beats Studio Buds feature all the improved functions such as Active Noise Cancellation and immersive audio experience.

Beats used to be a popular audio brand that is a favourite among fans for heavy bass emphasis, but it faded away in time due to other competitors who prioritise balance. But what do you think? Let us know in the comments below and stay tuned for more trending tech news at TechNave.com.