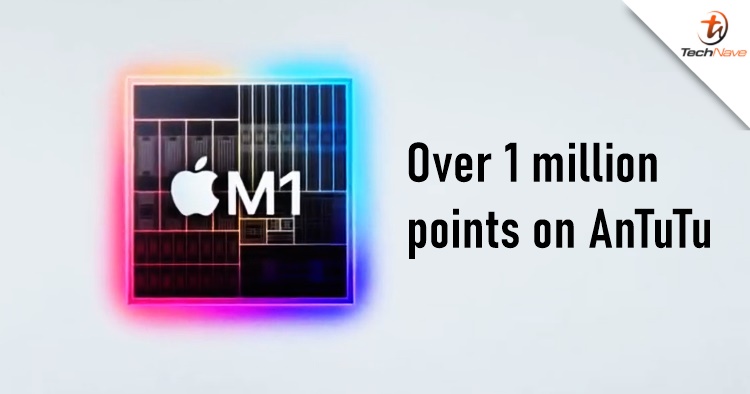 If you have been keeping an eye on the Apple MacBook Air with the M1 processor, you probably have heard of its power and battery efficiency. Well, some guys tested out with the AnTuTu benchmark and the score passed over 1 million points which is unheard of. But of course, some adjustments have to be made for that to happen.

The high-score may not reflect the real benchmark reference as it's not possible to crosscheck on a laptop, let alone an Apple laptop. So to imitate the closest result possible, an iOS app was used instead for AnTuTu and it was recognized as an iPad Pro during the test. According to the source, the CPU and GPU performance increased by 50% and 45% respectively if compared with an iPad Pro (A12 Bionic chipset). 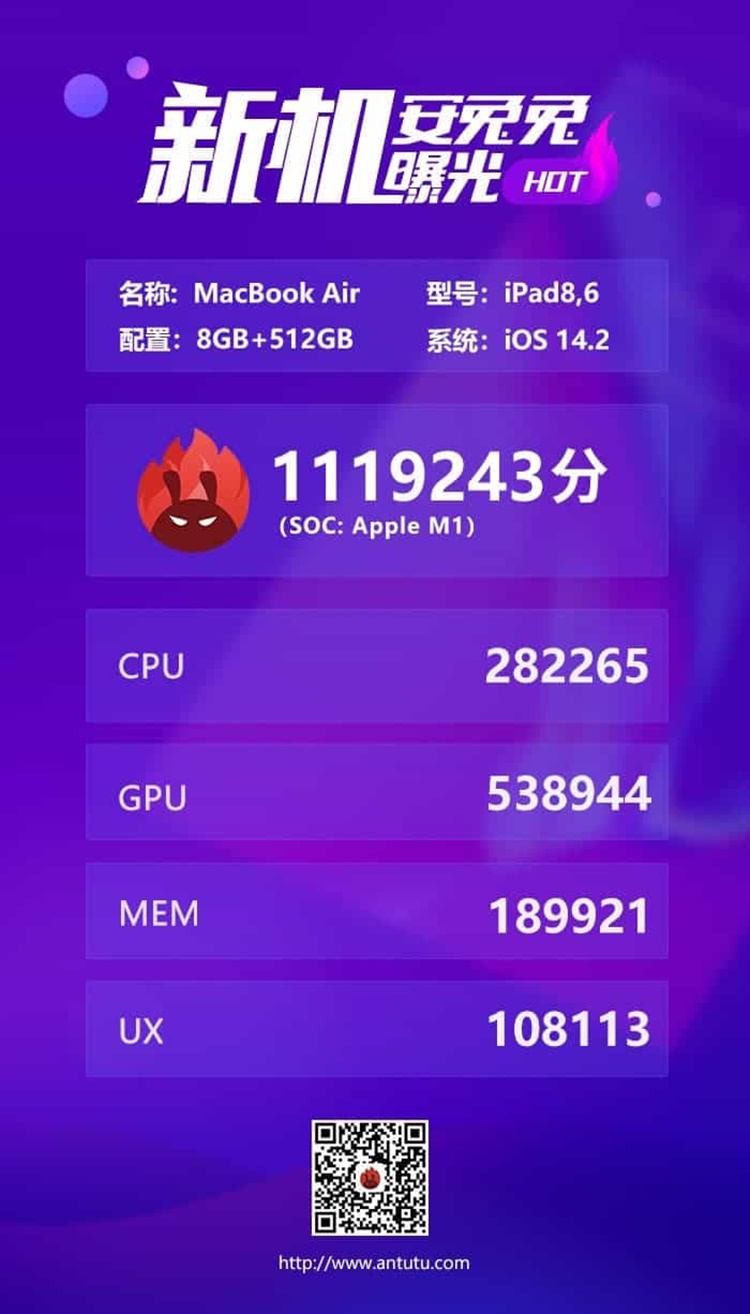 It's worth noting that both the M1 and A14 Bionic chipset are using the same 5nm structure but with some minor differences. The latter only comes with a 2 + 4 core architecture, whereas the M1's version is 4 + 4 so hence it's faster by 78% and 2.5x in the CPU and GPU respectively. There's still no word when the new Apple MacBook Air will arrive in Malaysia, but we suspect it could around December 2020.

If you are thinking of getting one, it's best for those who are doing a lot of design graphics and video editing on-the-go. But if you already have a good device for that, there's no reason to upgrade and maybe it's best to wait for the M2 version. Stay tuned for more trending tech news at TechNave.com.