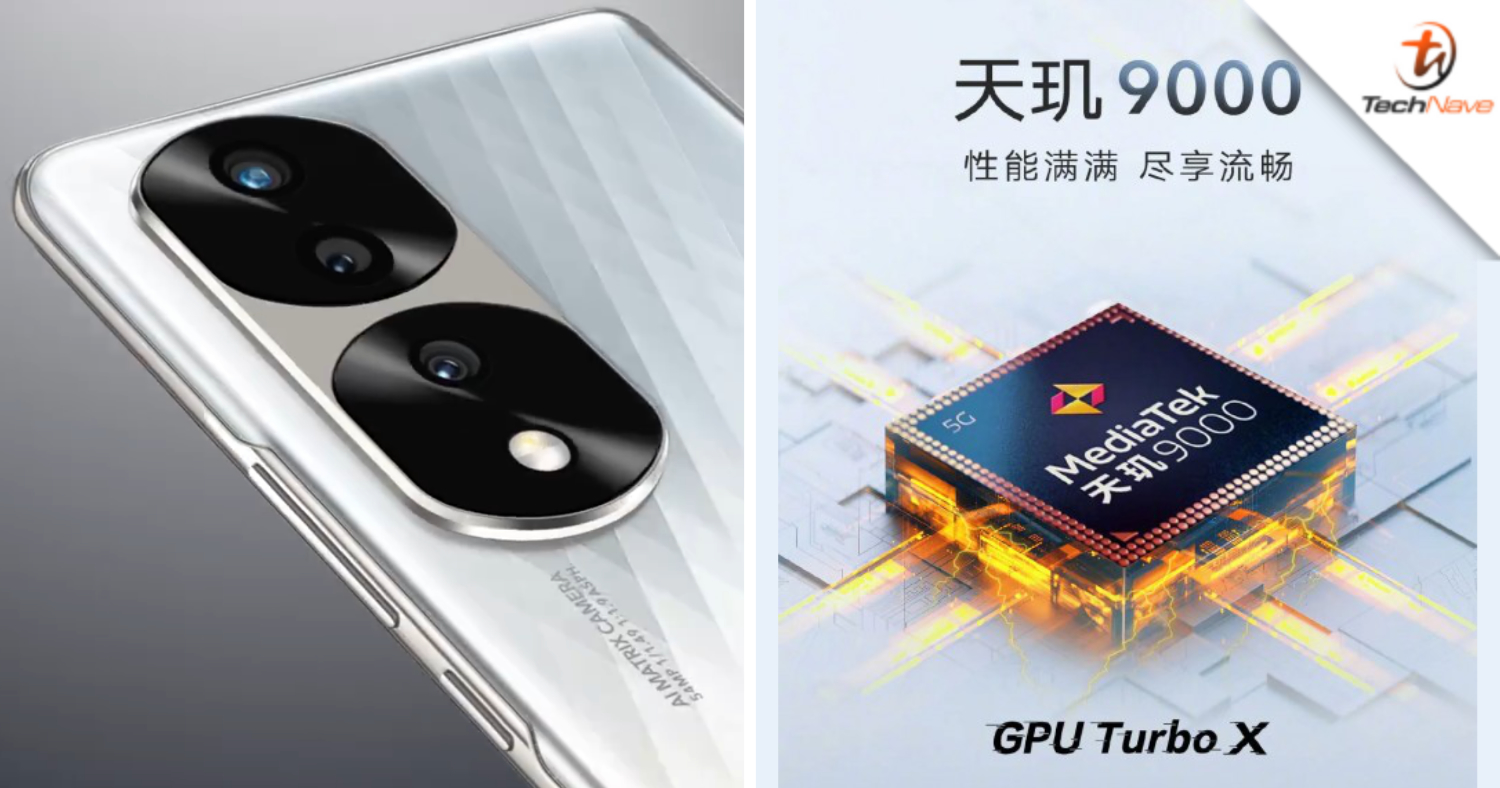 Ahead of the launch of the HONOR 70 Series in China this 30 May 2022, HONOR today shared a few teasers regarding the lineup’s specs and features. These include confirmation on the chipsets used as well as the fast charging rates of each smartphone in the series.

Taking to its official Weibo account, HONOR revealed that there will be three variants for the 70 Series, namely the HONOR 70, HONOR 70 Pro and HONOR 70 Pro+. The HONOR 70 Pro+ will be powered by the latest MediaTek flagship chip, the Dimensity 9000, while the Honor 70 Pro features the Dimensity 8000. As for the vanilla HONOR 70, it will utilise the Snapdragon 7 Gen 1 chip by Qualcomm. 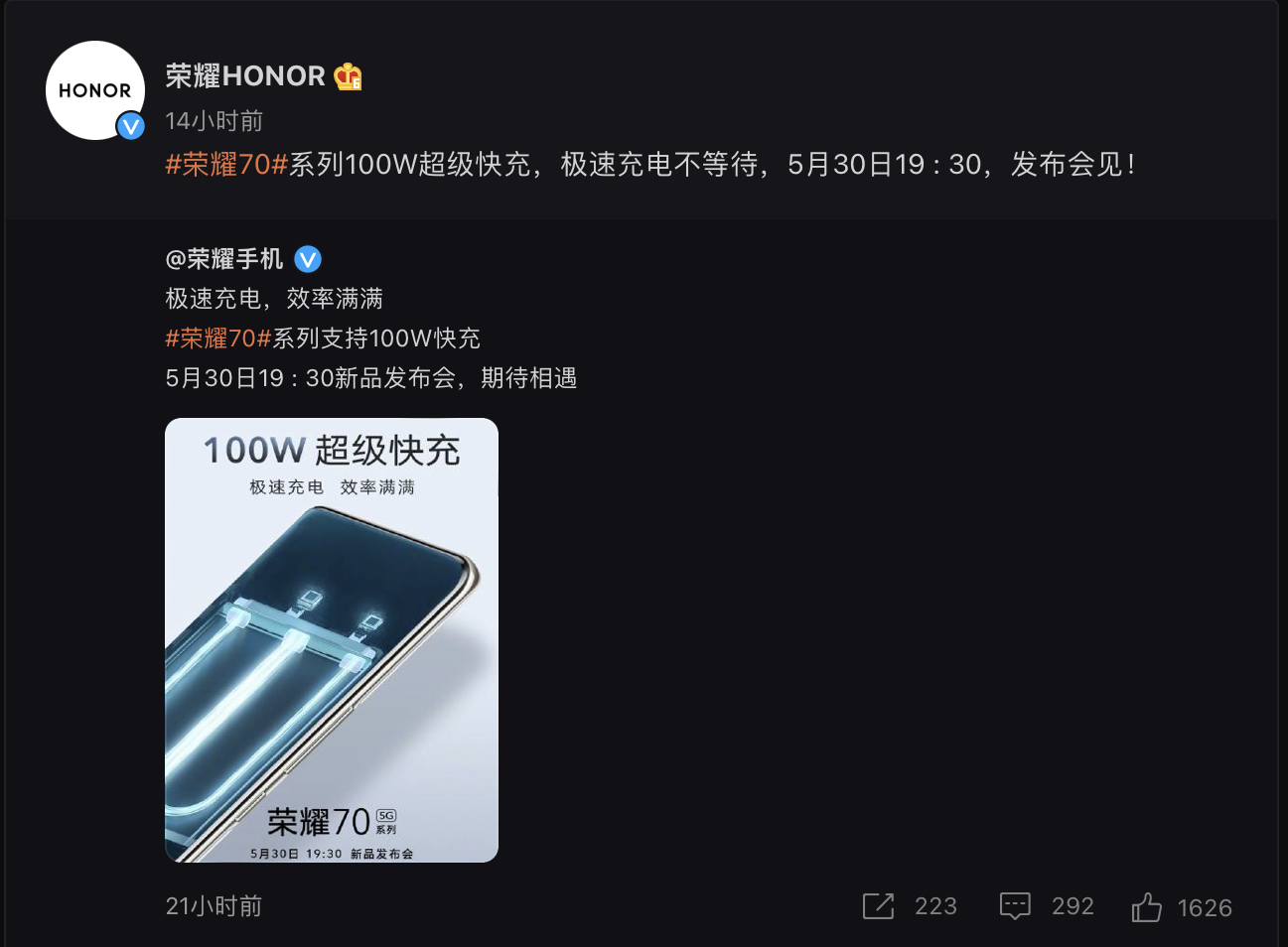 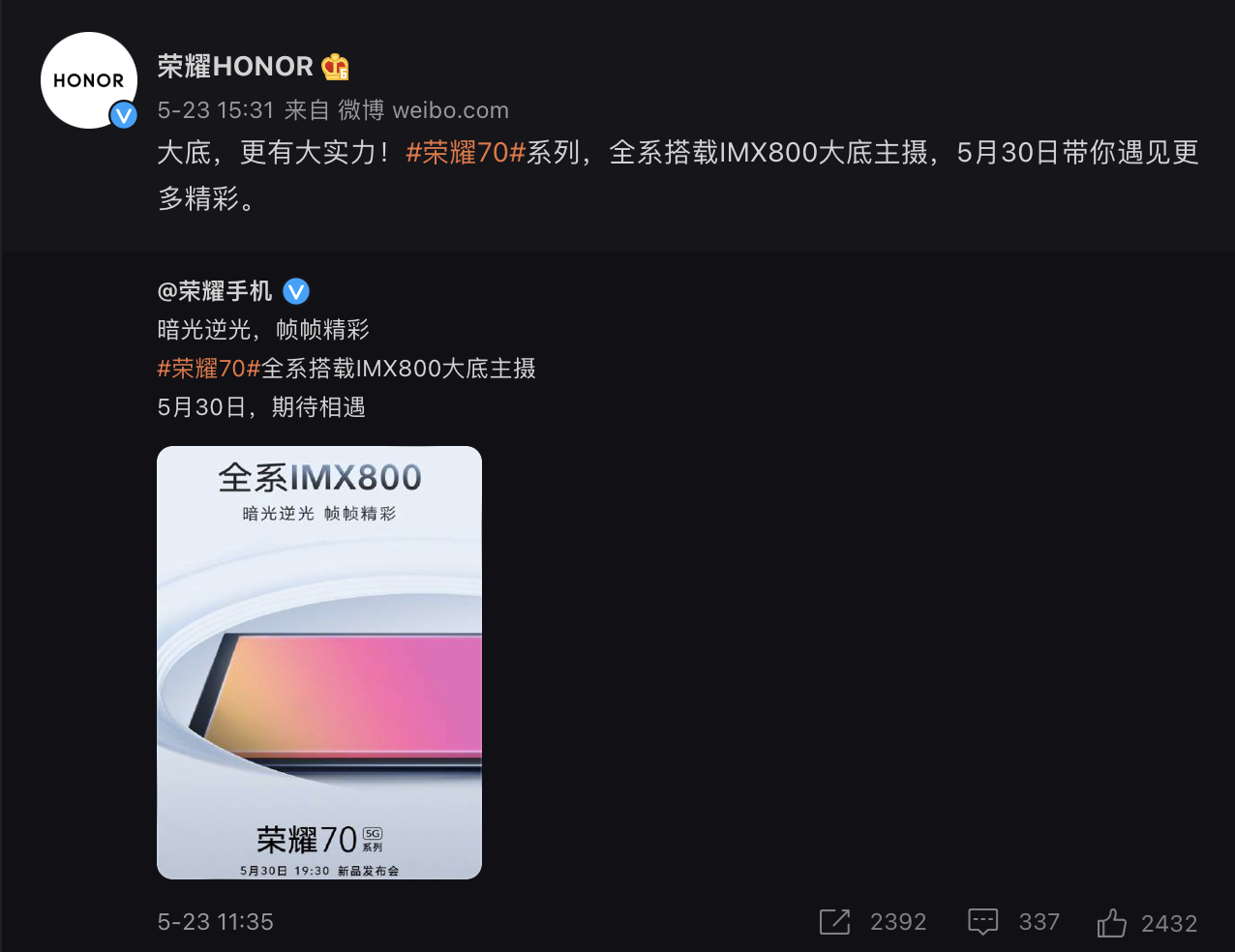 HONOR also revealed that the HONOR 70 Pro and Pro+ will get support for 100W fast charging, while the vanilla HONOR 70 will have 66W fast charging. In terms of display, all three smartphones will use OLED BOE screens with PWM dimming, though only the Pro and Pro+ models will feature LTPO.

As for cameras, the company didn’t go into much detail in the teasers, though it did confirm that the HONOR 70 Series will sport a Sony IMX800 1/1.49-inch sensor with a resolution of 54MP f/1.9. HONOR also shared several photo samples taken using the smartphone. The HONOR 70 Series is set for release in China on 30 May 2022 at 7.30pm local time. So, are you excited for this latest smartphone series by HONOR?

Share your thoughts with us in the comments below, as we’d love to hear from you. As always, do stay tuned to TechNave for the latest tech news such as this!