The HONOR Magic3 series is set to launch at 12 August! 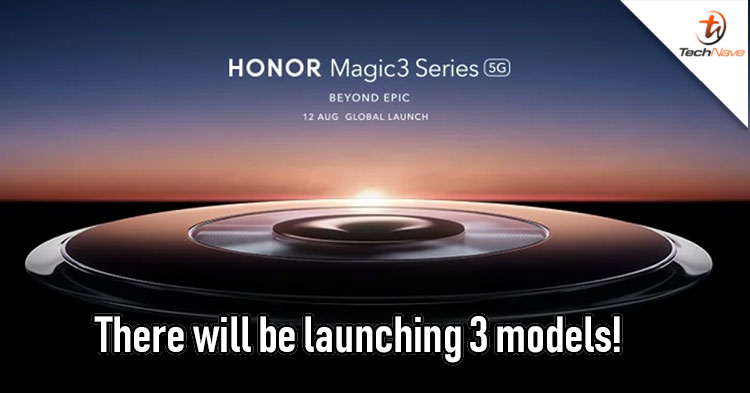 Recently HONOR has just announced on their official twitter account that a global event is scheduled on 12 August. It did not reveal any devices that will be at the event, we assumed it to be the launch of the HONOR Magic3 series. Today, we got confirmation that it is indeed the Magic3 series.

According to the tweet by HONOR Global Twitter account, it has been revealed with the banner that the HONOR Magic3 Series 5G will be announced at the global event on 12 August. We are expecting three models in the Magic3 series which are the standard, pro and pro+ versions.

The arrival of the #HONORMagic3Series will commemorate the dawn of a new era. 12 Aug — save the date. #BeyondEpic pic.twitter.com/CzcbmsewKe

All three HONOR Magic3 phones will be powered by the Snapdragon 888 Plus chipset which was stated on an official statement by Qualcomm last month. Other than that, we still haven't received any information on it yet. But it seems like the main camera will be a large one when you look closer to the teaser poster.

As of now, there is still no official information on the tech specs and the official release dates. Hopefully there will be more tech specs announcement soon, so stay tuned for more tech news updates on TechNave.com