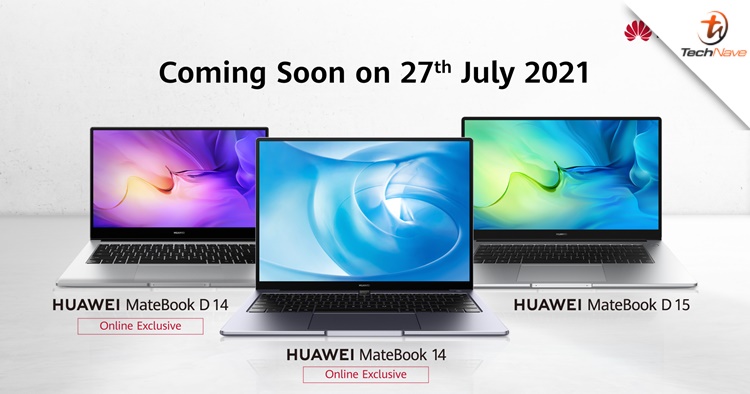 Today, Huawei Malaysia just announced that the upcoming Huawei MateBook D14 and MateBook 14 will be arriving in Malaysia soon. On top of that, both of these laptops will be exclusively sold online on 27 July 2021 on the HUAWEI Store Online, HUAWEI Official Store on Shopee and HUAWEI Flagship Store on Lazada.

While the price tags aren't revealed yet, here's a recap of the tech specs. The MateBook D14 features a 14-inch 1080p Fullview IPS anti-glare display in FHD resolution. Powered by a 10th Gen Intel Core i3 processor, the laptop can be connected with a HUAWEI smartphone via Multi-Collaboration for multitasking. It's also equipped with a 56Wh battery and comes with a 65W USB-C charger.

On the other hand, the MateBook 14 sports an AMD Ryzen 4000H Series Mobile Processor in 7nm. With that, it's also integrated with an AMD Radeon GPU which is suitable for content creation. The battery is also the same using a 56Wh battery and the FullView display supports 2K resolution.

The pricing will surely be announced on 27 July so until then, stay tuned for more trending tech news at TechNave.com.