f The Huawei P40 series, MatePad Pro and Watch GT 2e will be launching in Malaysia on 2 April 2020 | TechNave

The Huawei P40 series, MatePad Pro and Watch GT 2e will be launching in Malaysia on 2 April 2020 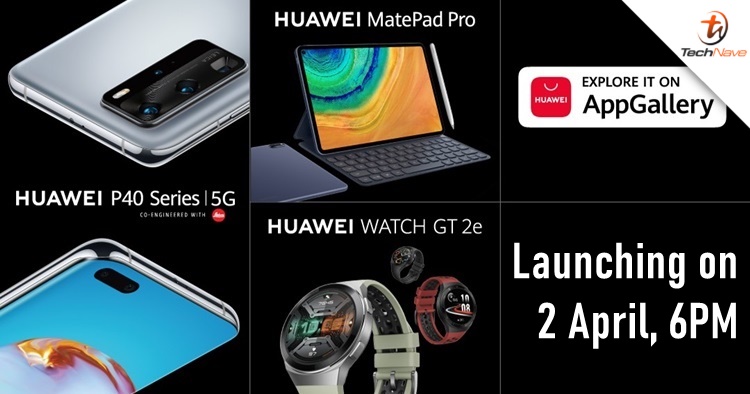 So this just came in, as suspected, Huawei Malaysia will be introducing the new P40 series, MatePad Pro and the Watch GT 2e tomorrow (2 April) at 6PM! Moreover, the company will also update us on their AppGallery Malaysia Progress Plan and Huawei Care 2020 via livestream.

According to the snippet image, the livestream will happen not only on their official Facebook, Twitter and YouTube channels but as well as TV channels such as TV3 and ntv 7. Other Facebook channels will also be broadcasting Huawei's livestream, which includes myMetro, New Straits Times, Says and many more. My, that's quite a huge budget just to announce the arrival of the P40 series. 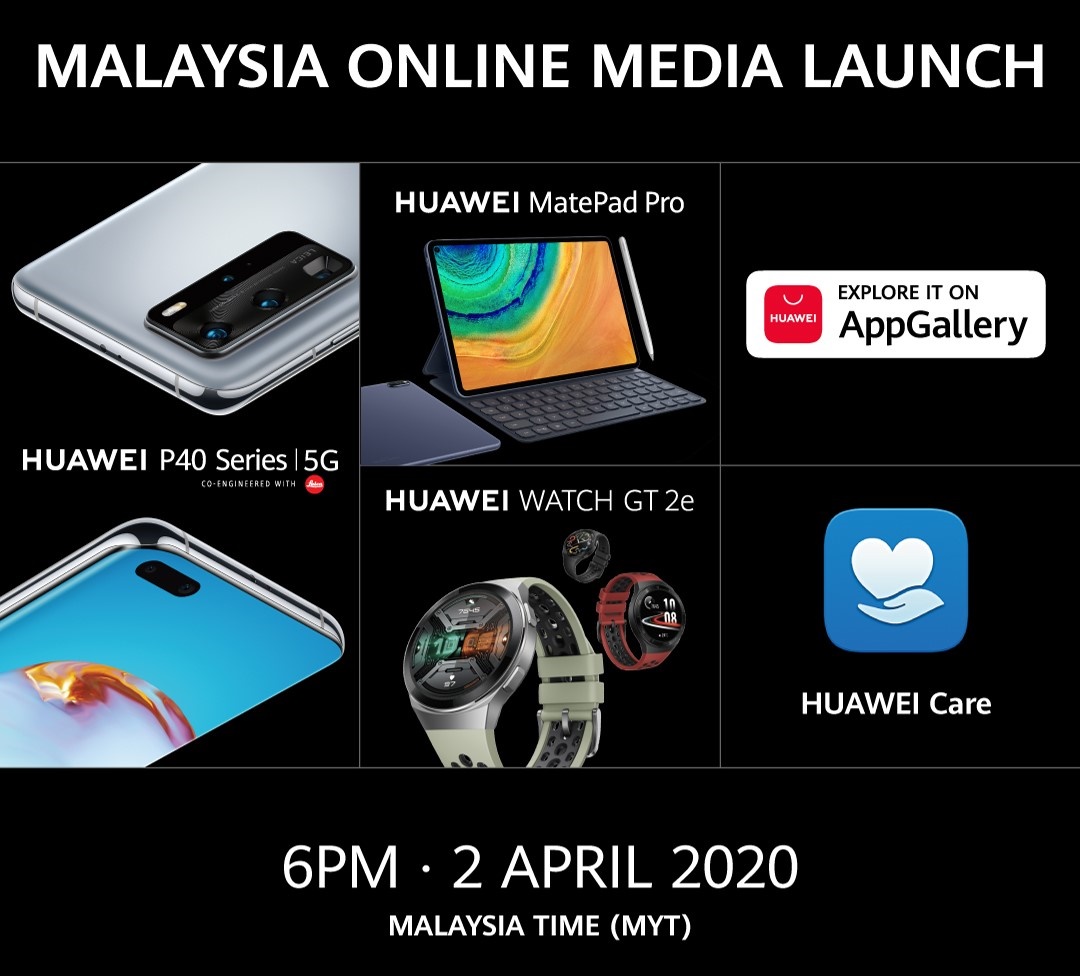 To recap the tech specs, the P40 series features the latest Kirin 990 chipset, a 50MP penta rear camera, a 90Hz FLEX OLED display, 8GB of RAM, up to 512GB internal storage, 4200mAh battery and many more. Be sure to tune in and stay tuned for our official local price tag news coverage on the latest Huawei flagship, only at TechNave.com.