Current Location: Home > News > The Lenovo Legion will launch on the same day as the ASUS ROG Phone 3 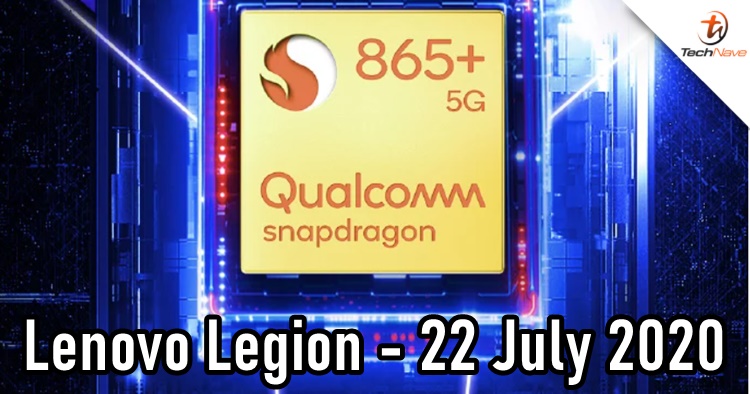 It was only a few hours ago that Qualcomm officially announced the Snapdragon 865+ chipset's existence, and it will be making the first debut on both the ASUS ROG Phone 3 and Lenovo Legion gaming smartphone. Speaking of the latter, it seems that Lenovo is going head-to-head with ASUS by launching their gaming device on the same day which is 22 July 2020.

While there are other gaming smartphone options in the industry, none of them is quite like the ASUS ROG series in terms of design and features but the Lenovo Legion might prove to be an interesting challenger. Besides having the same SD865+ chipset, the Legion will also be packing up to 16GB of RAM (LPDDR5) and 512GB storage (UFS 3.1) memory capacity, an FHD+ display with 144Hz refresh rate, as well as a new cooling system which will be revealed soon.

The Lenovo Legion is also said to have a 20MP front camera popping up on the right side instead of the top, while the USB C port (supporting 45W charging speed according to reports) is located on the left side just like the ROG series. Moreover, its software is running on Legion UI based on Android 10.

Since both the Lenovo Legion and ROG Phone 3 are releasing on the same day, this the situation of Godzilla vs Ghidorah (lo). We hope Lenovo actually considers importing their gaming device into Malaysia so we can test it out, but what do you think? Let us know in the comments below and stay tuned for more trending gadget news at TechNave.com.