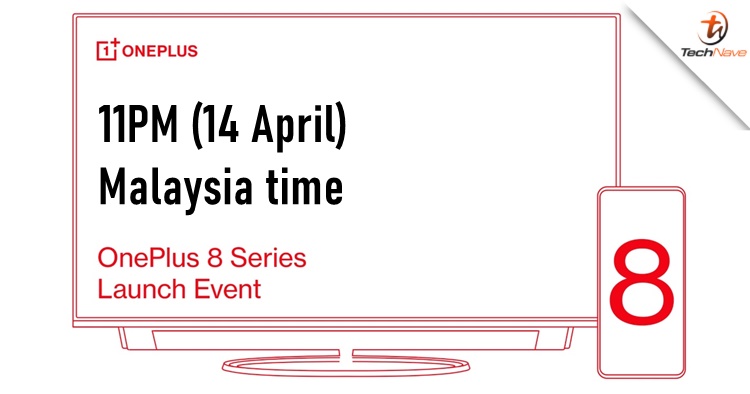 Previously, we wrote that the OnePlus 8 series was rumoured to be released on 15 April 2020. The reports were quite close, just as of from a few hours ago, OnePlus have officially announced the date which falls on 14 April 2020 with a super short teaser video on their Twitter page.

From the teaser video, it didn't reveal much except it will start at 11AM EDT, 4PM BST and 8.30PM IST. In Malaysia's local timezone, that will be 11PM, Tuesday, on the same said date so be sure to bookmark your calendar. Of course, the OnePlus 8 series will be a livestream event as usual so get excited.

The #OnePlus8Series is coming. April 14.

From the official website, here are the things we can expect from the latest OnePlus 8 series. The phones will feature 5G connectivity and the Qualcomm Snapdragon 865 chipset should be on board. Besides that, a 120Hz Fluid Display which is the official name is confirmed by the company as well. Besides that, rumours have it that the OnePlus 8 Pro will have two 48MP Sony sensors, an 8MP telephoto lens with 3x optical zoom, and a 5MP colour filter.

Are you excited about the OnePlus 8 series? Let us know at our Facebook page and stay tuned for the official news coverage of the upcoming flagships, only at TechNave.com.