Current Location: Home > News > The Redmi K40 might not come with a charger plug but may offer two box retail options 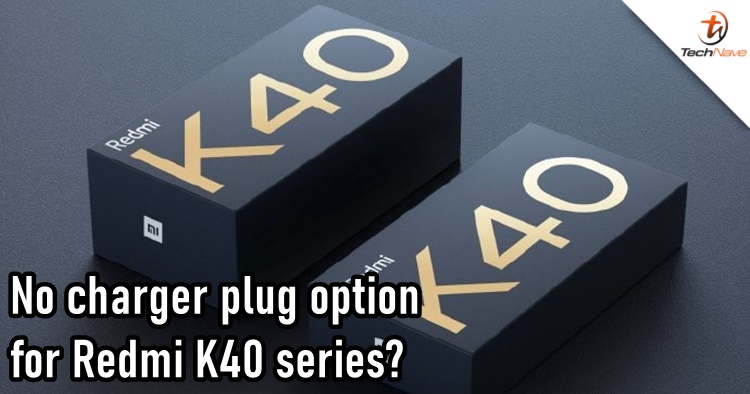 First it was Apple, then Samsung and Xiaomi followed suit of abandoning the charger plug route for this year. Well, not entirely for Xiaomi, because like the upcoming Xiaomi Mi 11, the Redmi K40 might also come in two box versions - one with or without the charger plug.

Teased by Lu Weibing, who is the current Redmi Brand General Manager, he shared the image his Weibo account recently. Although his caption didn't exactly confirm that the new K40 series will do the same, we think it's very likely that Redmi would do the same. It was also noted that Lu responded to a fan of requesting not to have any charger on the upcoming Redmi Note 10 and he agreed. 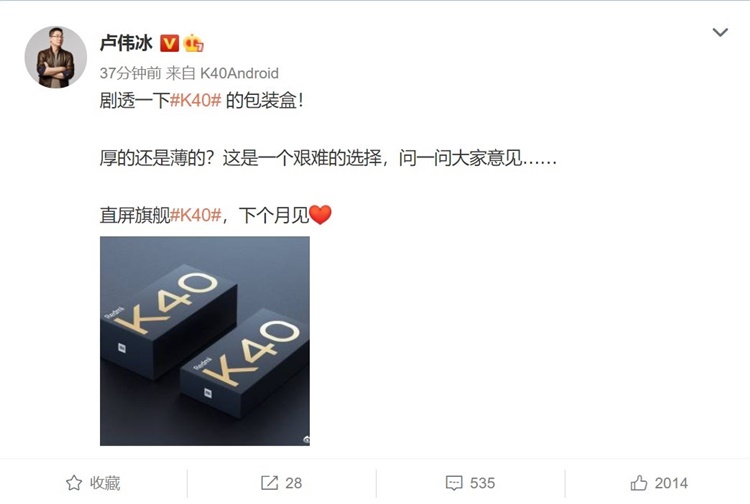 The Redmi K40 series is scheduled to be revealed in February 2021. According to sources, it's supposed to feature a Snapdragon 888, 4000mAh battery, and an OLED display with 120Hz refresh rate. It could cost 2999 Yuan (~RM1873) which seems quite reasonable for the standard market price.

Usually, the K40 series would get rebranded to other names in other countries. For example, the K30 4G was renamed to the POCO X2 in India and it was quite a popular phone. Until then, stay tuned for more trending tech news at TechNave.com.