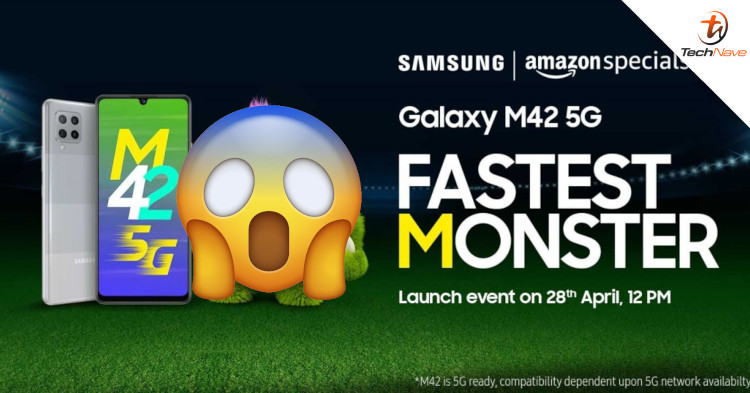 It seems that Samsung India has officially announced that the Samsung Galaxy M42 5G will be unveiled in the Indian market, on 28 April 2021. While there is no news on the Malaysia release date, it does give us a better idea of when to expect the smartphone in the local market.

In terms of the tech specs, their promo image hinted that the phone will come equipped with a Qualcomm Snapdragon 750G chipset, 5G connectivity, as well as flagship features such as Samsung Pay and Knox Security. Other than that, not much is officially known in regards to the M42 5G for now.

With all that said, would you be interested in getting the Samsung Galaxy M42 5G as soon as it is available in the local market? Let us know on our Facebook page and for more updates like this, stay tuned to TechNave.com.