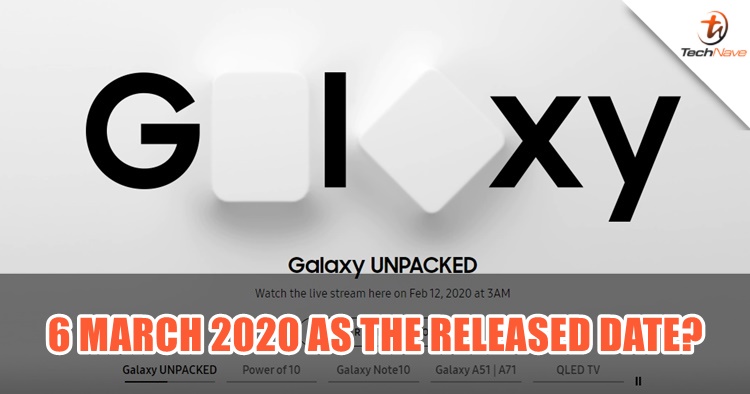 The next big event this 2020 is none other than Samsung Unpacked 2020 and it's coming earlier than scheduled. However, we got some interesting news that the release date for the Samsung Galaxy S20 series is sooner than expected which is 6 March 2020.

Although it's not an official statement by Samsung, it was rather hinted heavily on Samsung's official website at the registration page. At the transportation icon there, it reads "Delivery by March 6 while supplies last" but of course, it has already been taken down and replaced with another sentence. Looking at the timeline between the pre-order and "released date", it actually looks quite legit.

Besides that, sources are saying that those who pre-order the Galaxy S20 will have a nice "$35 instant credit toward eligible devices and accessories". Should this be true, the Malaysia market could get a similar treatment but it's best to take this with a grain of salt.

The 6 March "released date" may not apply for the Galaxy Z Flip smartphone which is said to appear alongside the Galaxy S20, Galaxy S20 Plus and Galaxy S20 Ultra, or maybe it's just a fluke. Who knows? Anyhow, we will be there to cover the event so do stay tuned for the official Samsung news at TechNave.com.