Current Location: Home > News > The Samsung Galaxy S21 may be coming in with the first under-screen selfie camera and ultrasonic under-screen fingerprint scanner!

The Samsung Galaxy S21 may be coming in with the first under-screen selfie camera and ultrasonic under-screen fingerprint scanner! 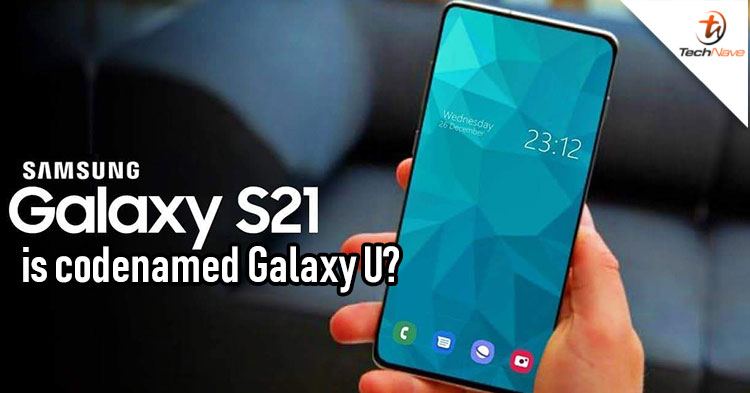 Last week, we reported on the leaks of Samsung’s next flagship in 2021 while everyone is expecting the release of the Samsung Galaxy Note 20 line in the coming August. Today,  it is rumored to have a new international codename for the Samsung Galaxy S21 series with new informations on it.

According to the famous insider Ice Universe, the series got an internal name during this development stage which is “Galaxy U”. It is reported to have three models on the Galaxy U series that will be the first to support a Qualcomm under-screen camera on the front and an ultrasonic under-screen fingerprint 3.0 technology. Besides, it also will sport a new 150MP main camera which Samsung may be selling at a lower price point than the current Samsung Galaxy S20 series. 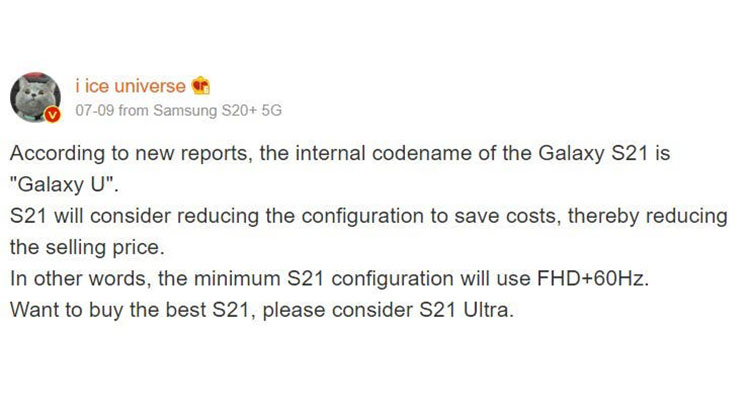 In order to achieve lower pricing, the Galaxy U will be equipped with a Full HD+ display and a 60Hz refresh rate on the standard model. It also will not be using the Snapdragon chipsets and replace it with the Exynos SoC for all markets. Furthermore, the company will possibly package the whole Galaxy U without a charger in the box to save all the costs which are a huge step back from the Samsung Galaxy S20 series.

Either way, there is still no official confirmation on the tech specs and release dates, so do take this with a pinch of salt. What we do know is it will be expected to hit the market in the first quarter of next year together with the Samsung Galaxy S30 moniker. So stay tuned for more tech news updates on TechNave.com.