The Ulefone Power Armor 13 is now the world's biggest phone battery with 13,200mAh If you're familiar with Ulefone, then you should know that it is a phone brand featuring a humongous battery pack. Called the Ulefone Power Armor 13, it is now the world's biggest phone battery with 13,200mAh.

So yes, a 13,200mAh battery pack. Not only does it have the biggest phone battery in the world right now but it also supports 33W fast charging, 15W wireless charging and 5W wireless reverse charging technology. The internal tech specs aren't so bad either, sporting a MediaTek Helio G95 chipset, 8GB of RAM and 256GB of storage (expandable up to 1TB).

Since it is packing such a huge battery, the phone size itself is rather huge. The Power Armor 13 is a rugged phone featuring a 6.81-inch FHD+ display in 1080p, while the 16MP front camera is hanging out as a punch-hole on the top left. It has a quad rear camera module consisting of a 48MP (main) + 8MP (ultrawide) + 2MP (macro) + 2MP (sub cam), and it is capable of recording up to 4K. 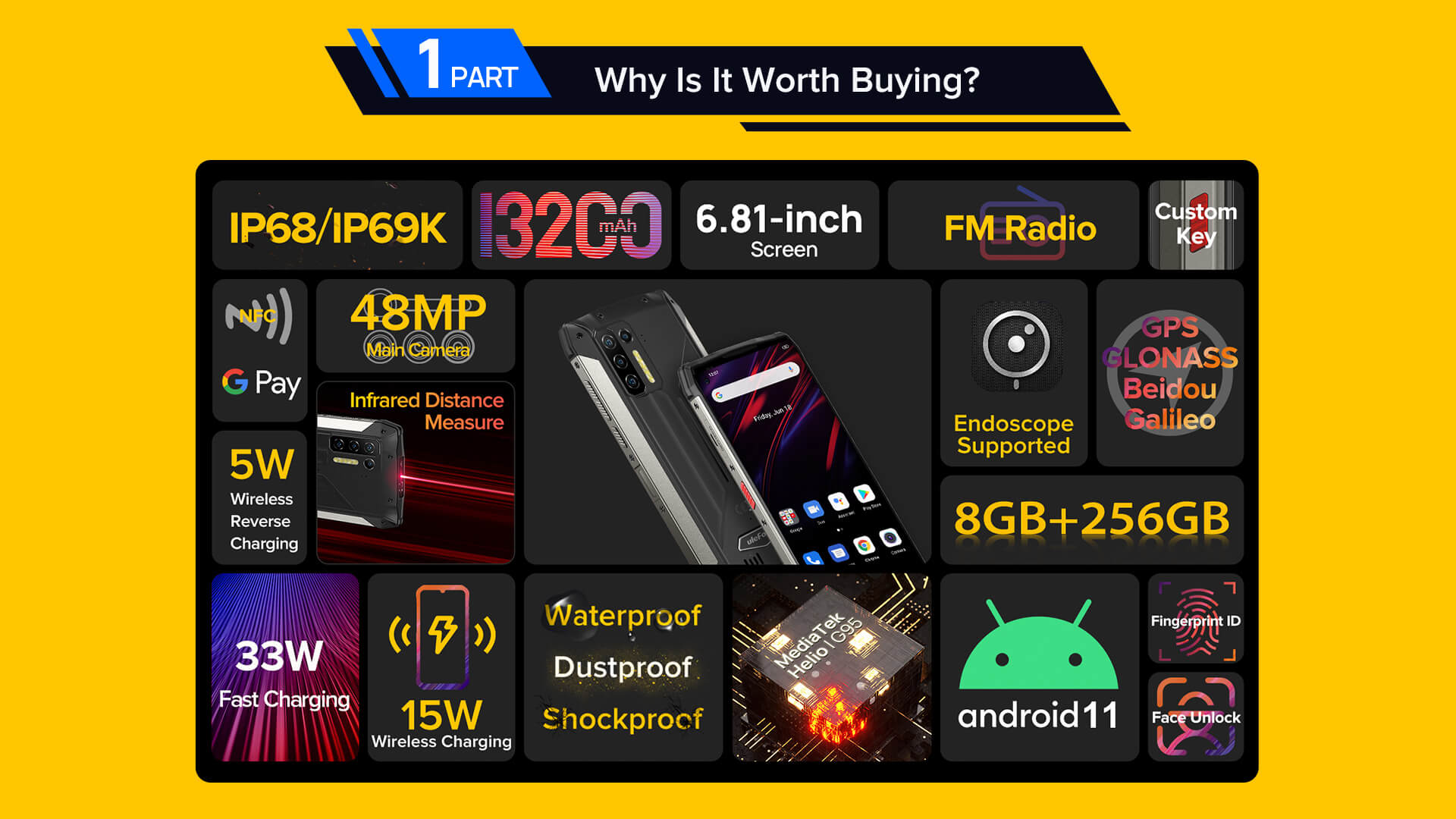 Last but not least, the rugged body means that the Power Armor 13 is a well durable phone. This is because it has an IP68/69K water and dustproof rating as well as being shockproof. Other than that, there is face unlock, fingerprint sensor and NFC too.

There is no price displayed on the official website but apparently, the Power Armor 13 is on a special giveaway and will have a limited pre-sale on 27 July 2021. The global shipping will begin on 10 August 2021 so if you're interested in that, you can visit the official webpage here. Stay tuned for more trending tech news at TechNave.com.