The Xbox Game Pass Friends and Family is official, currently now in testing 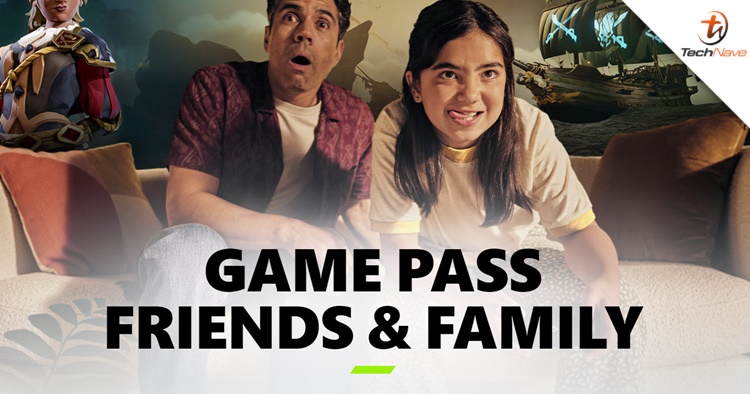 It was only recently that there was a leak about a new Xbox Game Pass Friends and Family package. Today, Microsoft has confirmed the rumour and even released the pricing. There's no local pricing yet but here's how it works.

From the official Xbox webpage, the Xbox Game Pass Friends and Family package can add up to five individual accounts (including the primary holder) and each account has its own Xbox profile and games. These five accounts don't need to be in the same household and everyone can play it at the same time, same game as well as playing together.

That said, this new Game Pass is only applicable for gamers who are living in the same country, though. Currently, Microsoft is testing the plan in Ireland and Columbia at the price of €21.99 per month or 49,900 COP per month respectively. If we were to follow the latter's pricing, that's around ~RM50 and divided by five, it's just ~RM10 which is pretty cheap. For Ireland, each individual would only pay less than €5.

Microsoft plans to expand the plan to other regions in the future. Rumours have it that in the US, it may cost $25 per month. In Malaysia, our currency may cost lower since we are paying RM15 per month for the Xbox PC Game Pass. The Xbox Game Pass Friends and Family plan is the same as the Xbox PC Game Pass, which allows gamers to play Xbox games on day one, EA Play membership and others.

For now, this seems to be for Xbox gamers but we hope that it can be implemented for Xbox PC Game Pass for Southeast Asia countries such as ours. Stay tuned for more trending tech news at TechNave.com.