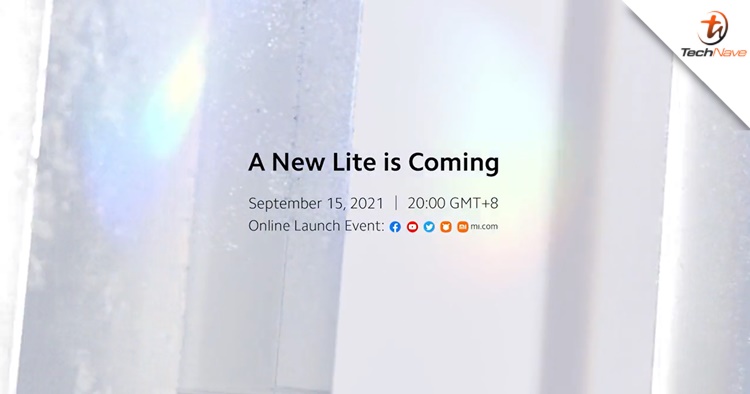 Just over the weekend, Xiaomi just confirmed that there will be a new product launch on 15 September 2021. Scheduled for 8 PM, Xiaomi will be releasing a new Xiaomi 11 Lite variant. It is most probably the Xiaomi 11 5G NE that we reported before.

For those who don't know, NE stands for New Edition and according to Thailand's NBTC certification, the Xiaomi 11 Lite 5G NE could feature either a Snapdragon 780G or Snapdragon 778G chipset, alongside an OLED display with a 90Hz refresh rate. Besides that, there could be a triple rear camera (64MP+8MP+5MP), a 16MP front camera, 12GB of RAM and 256GB of storage, and a 4250mAh battery pack.

Something new is right around the corner.

Get ready for the special date!

Xiaomi is also expected to unveil a new Xiaomi 11T series and a brand new Pad 5 tablet. Not much is known about these devices except that the Xiaomi 11T Pro is confirmed to sport a 120W HyperCharge technology. On the other hand, the Pad 5 may have a Snapdragon 860 chipset, 6BG of RAM and runs on Android 11 out of the box.

It's going to be quite a launching event. Until then, do stay tuned for our official news coverage only at TechNave.com.