Current Location: Home > News > The Xiaomi 12T series has been spotted and certified on SIRIM, launching in Malaysia soon


The Xiaomi 12T series has been spotted and certified on SIRIM, launching in Malaysia soon 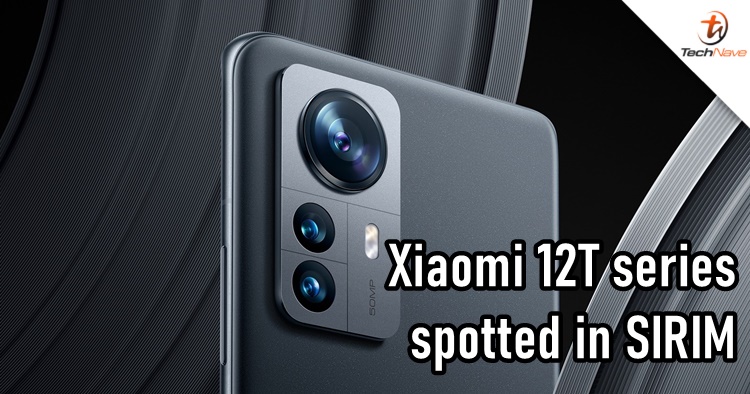 This cover image is for illustration purpose

As per tradition, Xiaomi would always release a T series version of an existing flagship every year. With this, the Xiaomi 12T series is inevitable and sources have suggested that it's coming to Malaysia real soon. According to sources, the Xiaomi 12T and Xiaomi 12T Pro are already recorded inside the SIRIM database.

What can we expect of the new Xiaomi 12T series? Well, previous reports have said that the Xiaomi 12T could feature a Dimensity 8100 Ultra chipset by MediaTek. Moreover, it should have at least 8GB of RAM, 256GB of storage, a 108MP primary camera, and a 67W fast charging technology.

On the other hand, the Xiaomi 12T Pro doesn't have much information. But one of the highlights would be a Snapdragon 8+ Gen 1 chipset and a 6.67-inch AMOLED FHD+ 144Hz display with a built-in under-display fingerprint scanner. Other notable features also include a 5000mAh battery with a 120W fast charging technology, LPDDR5 RAM, UFS 3.1 storage and running on MIUI 13 OS.

Since the SIRIM database has recorded the Xiaomi 12T series already, we can expect the launch to come soon within the next few weeks. Until then, do stay tuned for more trending tech news at TechNave.com.