Current Location: Home > News > The areas around Kuala Lumpur wholesale market in Selayang are now on lockdown until 3 May!

The areas around Kuala Lumpur wholesale market in Selayang are now on lockdown until 3 May! The graph of positive Covid-19 cases in Malaysia has been decreasing recently but yesterday, the government has announced on the new enhanced movement control order (EMCO) with the advice from the Health Ministry at Pusat Bandar Utara in Kuala Lumpur and areas around the Kuala Lumpur wholesale market which made it the sixth EMCO from 20 April until 3 May.

According to Ismail Sabri, the new EMCO areas only involve residential areas around the Selayang wholesale market which food supplies will not be affected as the market itself will still operate as usual during this EMCO period. He also added the closing residential areas involves many who are Rohingya with UNHCR (United Nations High Commissioner for Refugees) cards and was implemented to curb the spread of the Covid-19 infection. 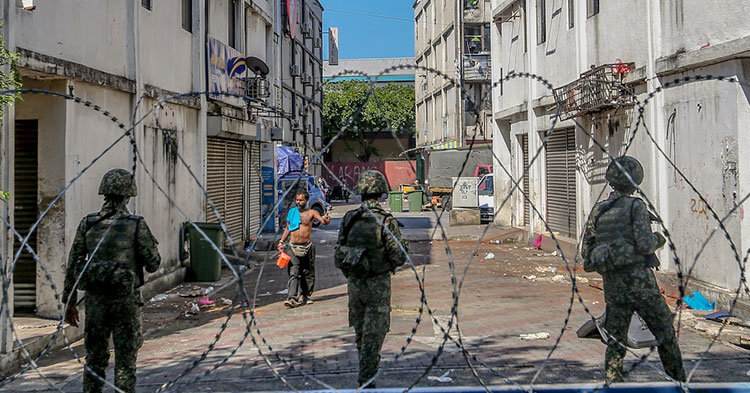 The EMCO will set up all the closures of all entry and exit points similar to the other five imposed EMCOS in Simpang Renggam in Johor, Sungai Lui in Selangor, Menara City One, Masjid India, Selangor Mansion and Malayan Mansion. Up till now, all 7 affected villages in Sungai Lui have been lifted except for a tahfiz school and a resident. Ismail Sabri also mentioned for those residents that have any queries can contact the Bilik Gerakan MCO DBKL at 03-40267222 or the Sentul police district headquarters control centre at 03-40482212.

With that said, the eight parcels involve in the new EMCO will be extended to 3 May while there’s still no confirmation if the MCO will be extended or not after 28 April. So do always practice social distancing and keep your hygiene well taken care of. Stay tuned for more local news updates on TechNave.com!