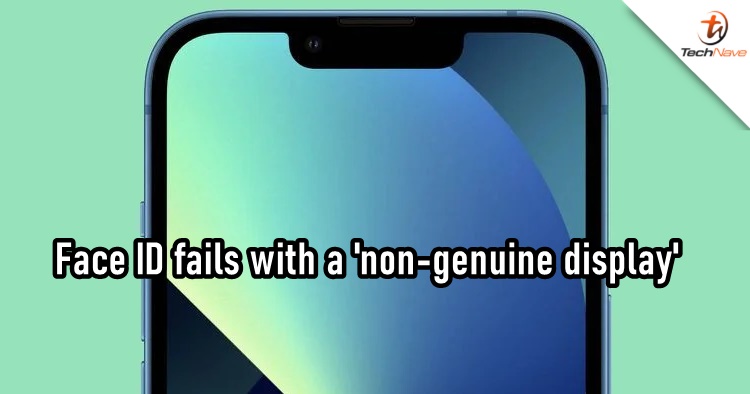 In a country like Malaysia, third-party repair outlets are quite popular for smartphone consumers due to affordability. However, you might want to stay clear from ever breaking your iPhone 13 series display because if you do - you won't be able to use your Face ID anymore.

According to a YouTube channel called Phone Repair Guru, it was discovered that the iPhone 13 display doesn't have any Face ID components to function because the TrueDepth system is integrated into the iPhone itself. But for some weird reason, if the display was replaced with a non-genuine Apple part, the Face ID will stop working.

This is due to the repaired feature not being a genuine Apple part. Just like before, an iPhone can detect both non-genuine displays and non-genuine cameras. From the video, it would show the message "Important Display Message: Unable to verify this iPhone has a genuine Apple display".

This is quite bad news for third-party iPhone repairers, even if they are authorised by the company to become an Apple service provider. It's also known that official Apple outlets put a higher price which is a turn off for most Malaysians. Oh well, Apple is just being Apple, I guess. Stay tuned for trending tech news at TechNave.com.