Current Location: Home > News > The iPhone SE Plus tech specs leak with the Touch ID back on the side button and more 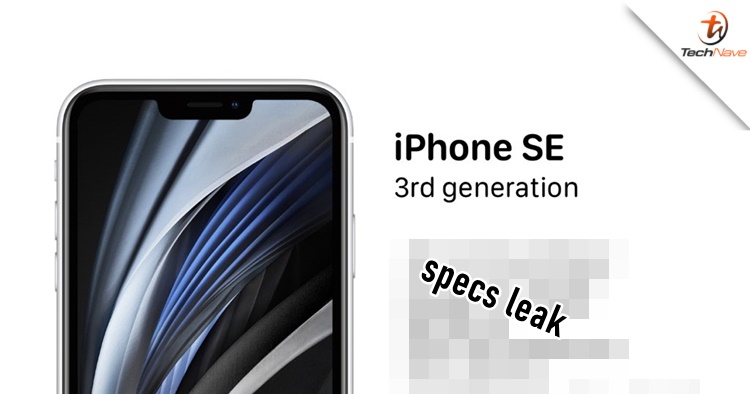 Just after a week of unveiling the iPhone SE 2020, it seems that Apple also have plans for a plus variant. However, reports that the "iPhone SE Plus" will be delayed until next year and information is scarce until now. According to @theapplehub, tech specs have been leaked and here's what we know so far.

From the Twitter post, the iPhone SE Plus might either be sporting a 5.5-inch or 6.1-inch LCD display and looking at the phone design, there won't be any Touch ID/home button so it's based on the iPhone XR/11 body build. That said, one interesting note is that the Touch ID will be relocated to the side together with the power button. Rumours also have it that the notch would be smaller or there's none at all.

The so-called “iPhone SE Plus” is most likely a 3rd generation iPhone SE set to be released early next year. pic.twitter.com/85sTjVks2Z

Other than that, the iPhone SE Plus might use an A13 or A14 Bionic chipset. It would make sense for the device to feature the latter since the iPhone 12 series would be rolled out by then, but for keeping the cost affordable, the company should resort to the A13 Bionic chipset. As for the release date, it may be released in March or April 2021.

Since this is just a rumour, it's best to take this news with a pinch of salt. We are expecting to see more iPhone SE Plus rumours in the coming weeks, so until then, stay tuned for more trending tech news at TechNave.com.