Current Location: Home > News > The next ASUS ROG Phone will be called the ROG Phone 5 instead 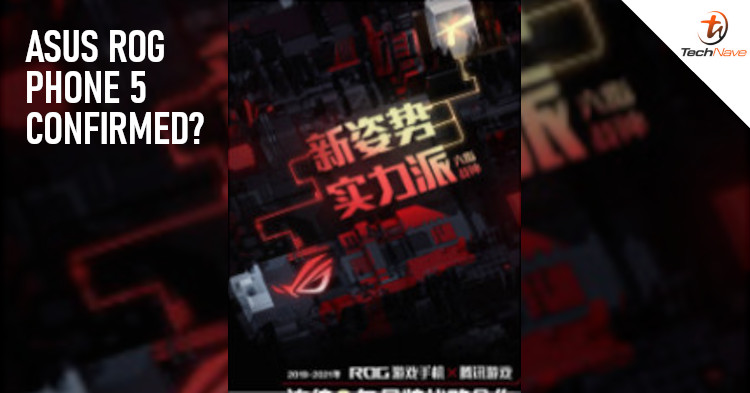 It seems that ASUS has recently confirmed on their official weibo account, stating that the next ASUS ROG Phone will be called the ROG Phone 5 instead of ROG Phone 4. This is likely due to the fact that 4 is considered an unlucky number in most Asian culture.

While not much is known in regards to the exact tech specs, we won’t be surprised if the smartphone comes equipped with a Qualcomm Snapdragon 888 chipset, and up to 16GB of RAM. However, do take that statement with a grain of salt, due to the fact that ASUS has yet to provide an official statement on the leaked info. Not only that, but there’s also no news on the Malaysia release date, local pricing, and exact tech specs for now. What are your thoughts on the next device to be called the ROG Phone 5? Let us know on our Facebook page and for more updates like this, stay tuned to TechNave.com.