Current Location: Home > News > The realme 9 is officially coming to Malaysia next week

The realme 9 is officially coming to Malaysia next week 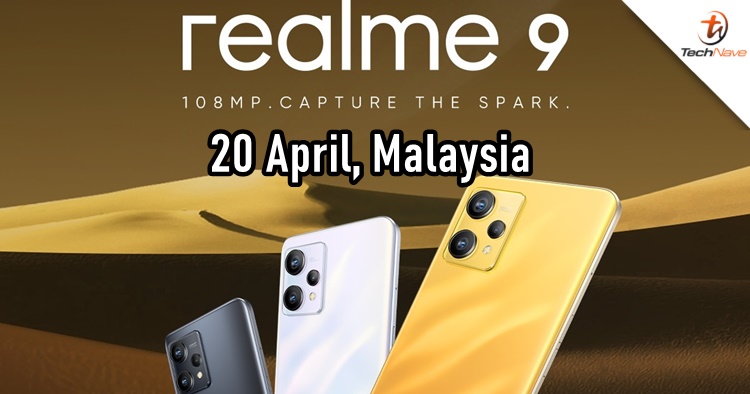 Didn't the realme 9 get released not too long ago? Not really, that was the realme 9 Pro series and don't you fret, we also almost lost count on how many variants are there now. That being said, realme Malaysia just announced that the realme 9 device will be arriving in Malaysia on 20 April 2022.

The realme 9 was first launched in India so the specs are already out. To recap some of them, it sports a Snapdragon 680 chipset, a massive 5000mAh battery supporting a 33W Dart Charging technology, and up to 5GB Dynamic RAM (an extended RAM). The AMOLED display is 6.4-inches with a 90Hz refresh rate and comes with an audio jack too. Moreover, there is a 108MP primary camera alongside an 8MP ultrawide and 2MP macro camera on the back. The front camera is 16MP and it has a special holographic design too that looks nice. The realme 9 may come in two variants for the Malaysian market in either 6GB + 128GB or 8GB + 128GB and could start from around a thousand Ringgit, more or less.

Are you looking forward to the realme 9? The livestream will begin at 2 PM on 20 April 2022 on realme Malaysia's Facebook page. Stay tuned for our official news coverage only at TechNave.com.