The vanilla iQOO 11 tipped to arrive in five variants 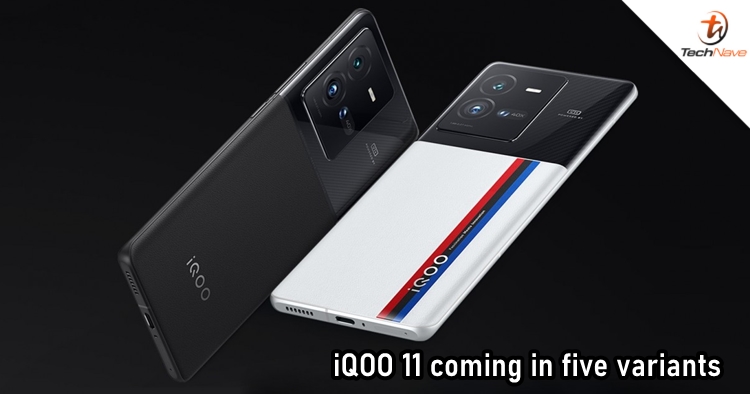 iQOO Malaysia has confirmed that the iQOO 11 5G is coming to Malaysia. The series is scheduled to debut in China on 2 December and will somehow make it to our market later. We have already gotten some official information about the display, and now someone is tipping that there will be five variants for the vanilla model.

Furthermore, the same tipster also gave off some information on the camera setup. It's said that the iQOO 11 would have a 50MP primary camera, an 8MP OmniVision OV8B ultra-wide lens, and a 12 or 13MP portrait snapper. However, it contradicts an earlier leak, which claimed a 50MP primary, a 13MP ultra-wide, and an 8MP macro triple camera unit. Previously, reports also suggested that the front would use a 16MP front camera alongside a 5,000mAh battery with 120W fast charging support. It would arrive in colours like the Isle of Man Edition (black) and Track Edition (white with BMW tri-colour stripes).

Are you excited about seeing the iQOO 11? Drop a comment to let us know your thoughts, and stay tuned to TechNave.com for more smartphone rumours.