Current Location: Home > News > There could be a white ASUS ROG Phone 5 and it's looks gorgeous 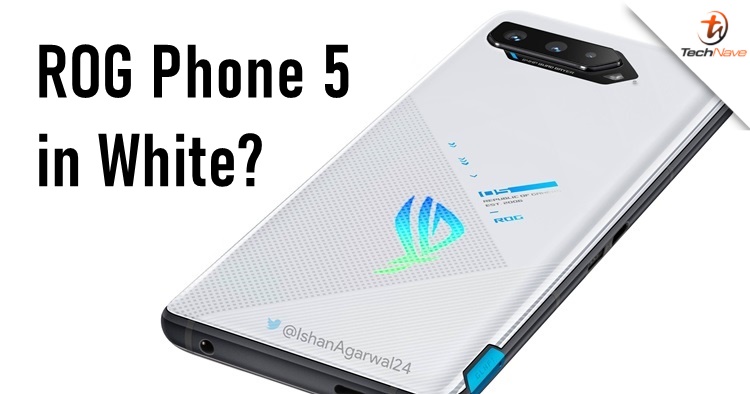 The ASUS ROG Phone 5 is looking real good with the secondary display on the back. The ultra gaming mobile phone has always looked good in black, but what if it has a white variant? That's where the leak comes in and we got a good look at a white ROG Phone 5!

Leaked by Ishan Agarwal from Twitter, he has shared the ROG Phone 5 in both white and black variants in the clearest image render yet. On the white variant, it's combined with blue digital lighting and black frames around the body. It's also noted that the audio jack and USB C port are retained as expected, but there's a blue cover which seems to be the SIM port.

And here is the ASUS ROG Phone 5 White Color Variant!

It looks much better IMO. Definitely my choice over the black. I hope this one is launching in India! #ASUS #ROGPhone5 #ASUSROGPhone5 https://t.co/5nEwHqEaBz pic.twitter.com/eIKJIuSEXf

In terms of tech specs, the ROG Phone 5 should be packing a Snapdragon 888 chipset, a much larger 6.78-inch display, 6000mAh battery that could support 65W wired fast charging. You can also see a triple rear camera module, which the rumours say could consist of a 64MP (main) + an ultrawide and macro lens. Of course, the secondary USB C port is back as well as seen in the render images.

The ROG Phone 5 will be revealed soon tonight at 7 PM (yes, it's today) and stay tuned for our official news. What do you think of the white variant? Let us know in the comments below and expect some awesome news tonight at TechNave.com.