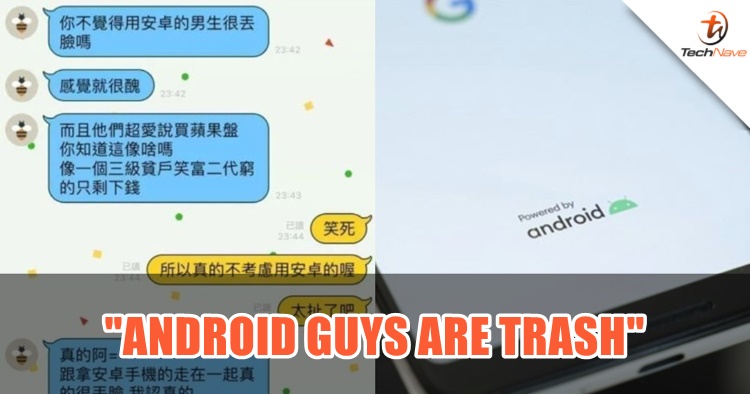 Everyone has their own preference on what kind of a partner they want. Some value appearance, some value personality and many other factors. However, someone stirred a wildfire online on a forum in Taiwan. Apparently, a conversation between two female friends sparked a controversy about "boys using Android phones are the first to be eliminated."

From the screenshot, when the girl was asked about conditions for choosing a boyfriend, she replied cheerfully that "the first one to use an Android is eliminated" which means any Android user doesn't even get a chance. In an indirect translation, she went on further to justify her reason saying "Don't you think that boys using Android are ashamed? It looks ugly, plus they super love attacking Apple users and they are low class (as they like to spend a lot of money on things with a low value)." After that, she solemnly declared "I'm serious, it's really shameful to go out with an Android user." 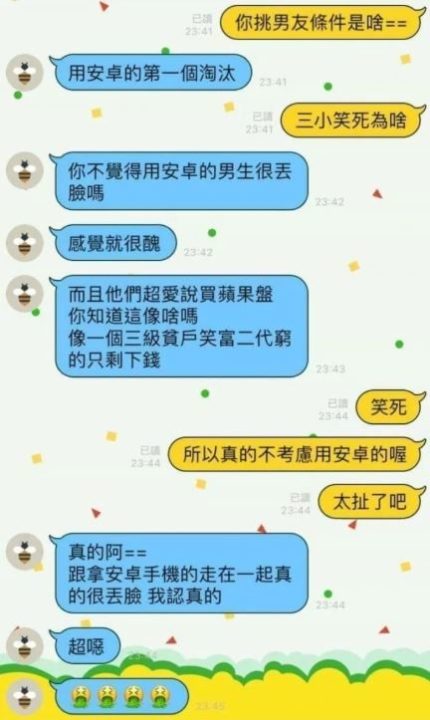 Of course, the netizens were quick to criticise her. Remarks such as:

Wow, those are really sarcastic remarks from both sides. Personally, choosing a partner based on a smartphone is really strange. But then again, she might have really met some assholes who were Android users. Still, not fair to label all of them to be useless, though.

So what do you think? Let's discuss and stay tuned for more intriguing tech news at TechNave.com.