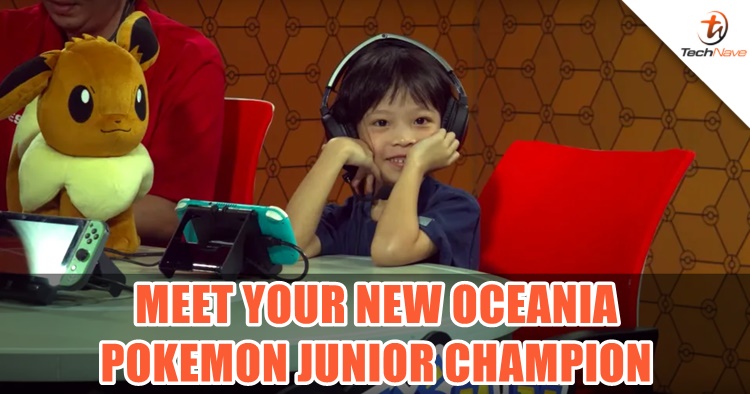 The competition was held in Melbourne, Australia and as her first grand final for Pokemon Sword and Shield in the Junior Division, the reason why this is an impressive feat is not only her young age but the fact that she was at a disadvantage. Simone was playing against Justin Miranda-Radbord who is more experienced (won multiple International titles including last year's) and favourite to win as he had not lost throughout the event...until he met her.

An INCREDIBLE read by Simone, leading to a victory and earning Simone the title of 2020 Oceania #PokemonVG Junior Champion! pic.twitter.com/liiJyEj09I

In the final round between the two, Simone only had Tyranitar vs Justin's Rhypherior and Dusclops. The 1v2 situation would have given Justin an easy win with the given type-advantages and her Tyranitar's HP is only half, but Simone read his opponent well enough which gave her the win. During the interview, she said that she knew Justin would use Protect on Rhyperior, so hence she used Tyranitar's Crunch to take out Dusclops first (#supereffective) as it's faster than the other two, then finish off Rhypherior with Superpower (also #supereffective). An outstanding move.

The 2020 Oceania International Championship was Simone's first major tournament and truly an inspiring underdog story. Feeling happy about her victory (while hugging an Eevee plushie, SO CUTE), she gave a simple thank you message to her friends, family and couch for the win. You can check out the finals match in the YouTube video below.