Current Location: Home > News > This renders might have confirmed how the Huawei P50 series could look like 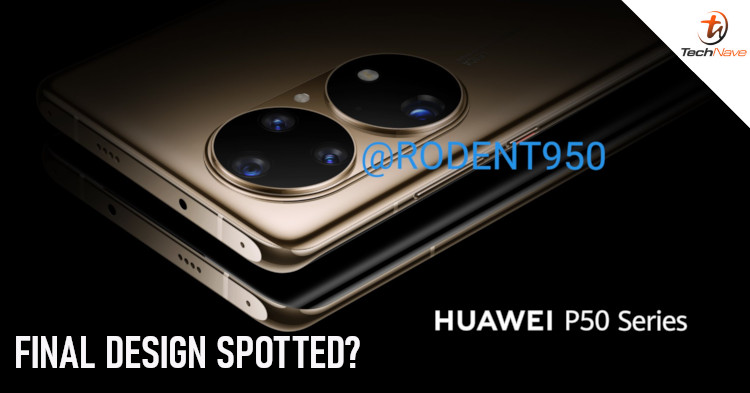 Based on a tweet by Twitter user @RODENT950, it seems that the attached images might have confirmed the final design of the Huawei P50 series. While not much is known in regards to the Malaysia release date, it does give us a better idea of what to expect when it is available in the local market.

Looking closely at the renders, the 1-inch Sony IMX800 image sensor will most likely be housed in the bottom module. Other than that, it will have an additional triple camera setup at the top which will most likely a wide-angle camera, telephoto camera, as well as a macro camera.

But that’s not all, if you look closely at the image, you’ll be able to see that the large camera sensor at the back has a focal length of 13-90mm. However, do take every bit of information with a grain of salt, due to the fact that Huawei has yet to provide an official statement on the leak.

Not only that, but there’s also no news on the local pricing, and exact tech specs for now. Would you be interested in getting the Huawei P50 series as soon as it is available in the local market? Let us know on our Facebook page and for more updates like this, stay tuned to TechNave.com.