Current Location: Home > News > Tipster claims that Apple A16 Bionic would still be a 5nm chip 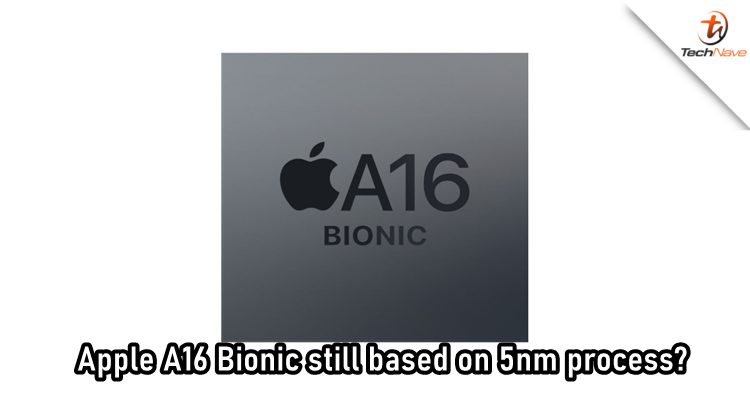 If you've been following the iPhone rumours, you may have come across reports stating that the standard iPhone 14 and iPhone 14 Max would feature last year's A15 Bionic chip, while the Pro variants would be getting the new one. However, the A16 Bionic might not be a huge upgrade, as it's said to be based on the same 5nm process.

According to a tweet from tipster ShrimpApplePro, the A16 Bionic will still be based on the TSMC N5P, but it could be the TSMCFF5, which is a refreshed process node. The tipster also revealed some features, including a better CPU, LPDDR5 RAM and better GPU.

From a fairly reliable source, but take this one with a big grain of MSG.
A16 Bionic will continue to use 5nm from TSMC N5P. From the list I received from source “TSMCFF5”
Upgrades are slightly better CPU, LPDDR5 RAM and better GPU. (1/3) pic.twitter.com/lYebcki94F

The source mentioned another possibility, which points to the iPhone 14 and iPhone 14 Max featuring a 5nm-based A16 Bionic chip, but iPhone 14 Pro and iPhone 14 Pro Max would get a more powerful version. Of course, these are just the wild guesses as Apple has not officially confirmed anything yet.

Would you be happy if Apple stuck with 5nm chip for all the variants? Let us know your thoughts by leaving a comment, and stay tuned to TechNave.com for more iPhone reports.