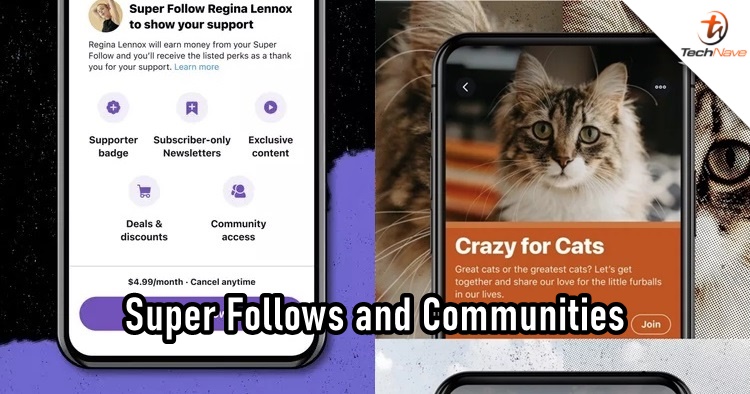 As more and more Malaysians hop on Twitter over the years, Twitter just announced something big for their social platform. Called Super Follows, it will be a new payment feature for Twitter users to charge their followers for extra contents. There's also a new feature called Communities that users can create and join groups based on a certain interest.

For Super Follows, you can say that this feature is like a bonus Tweet but based on a subscription. By joining Super Follows, you will have a badge displayed on your profile and other exclusives such as subscriber-only newsletters, discounts and community access. While there's no official subscription model charge, the company did a mockup of how it will look like where a user pays $4.99 per month. On the other hand, Communities is quite similar to Facebook Groups where users with similar interest can join together and discuss. While there is a wide variety of topics, this will allow Twitter users to focus more on that certain interest. All in all, it's quite straight forward and quite an exciting feature.

Twitter has not announced any timeline for both features yet, so we will have to wait and see. But what do you think about Super Follows and Communities? Let us know in the comments below and stay tuned for more trending tech news at TechNave.com.