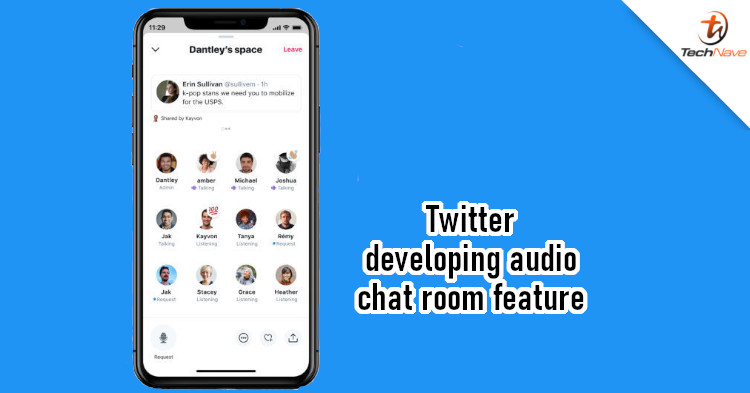 Not content with being an app just for posting short messages, Twitter has been gradually been adding more features. The platform added a Stories-like feature back in November 2020, but now it's in the midst of testing something interesting - audio chat rooms.

According to Engadget, Twitter has been testing its new feature called 'Spaces' since last month. This feature will basically bring audio-enabled chat rooms or live audio to Twitter users. In other words, you can consider it an audio version of Twitter posts. To help build and test this feature, Twitter has acquired podcast app Breaker and the development team behind it.

While Breaker is known for being a podcast app, what Twitter wants to build isn't the same thing. Having said that, the company hasn't revealed much on what the feature would look like or how exactly it would work. All that we know so far is that the host of an audio chat room can control who gets to speak, which is definitely useful to avoid being spammed.

Having said that, it feels like you could just send audio messages on WhatsApp instead of using this feature. I'm personally not too sure on how useful this would be, but what do you think? Let us know in the comments and stay tuned to TechNave for more news like this.