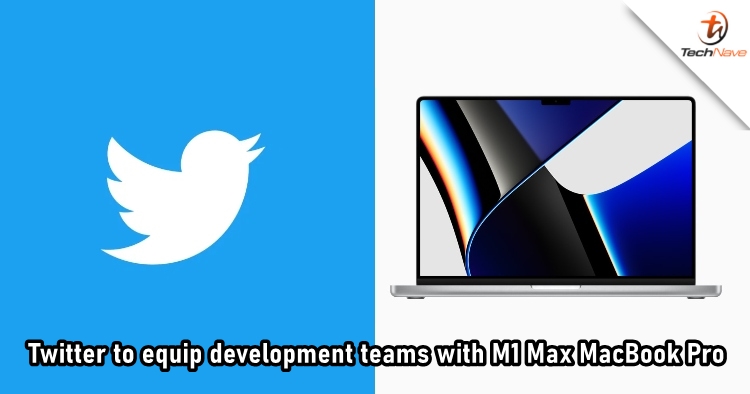 According to a senior staffer from Twitter, the company will equip its iOS and Android engineers with the new Apple M1 Max Macbook Pro for better productivity. John Szumski, who revealed the information, said that the new Macbook Pro indeed brings significant improvements in top-line performance compared to the currently used Intel Macs.

Not only did the Twitter engineer share his thoughts on the new M1 Max Macs, but Jameson, a staff engineer at Reddit, also said that the new machines have cut Reddit's app build time by 50%, yielding improved productivity for engineers. He also mentioned that spending $32K (~RM132K) on the laptops for a team of 9 will help save $100K (~RM415K) in productivity over 2022.

Apple itself also stated that the laptops bring considerable improvements for developers. According to tests done by the company, the 10-core CPU ‌M1 Pro‌ and ‌M1 Max‌ chips in the large 16-inch MacBook Pro offer 3.7 faster build times than the 8-core Intel i9 16-inch MacBook Pro. In terms of power efficiency and battery life, Apple says the new chips allow developers to "compile up to four times as much code in Xcode" on a single battery charge as well.

It looks like Apple has done it again with the new chips. What are your opinions on this article? Share it with us by leaving a comment and stay tuned to TechNave.com for more interesting tech reports.