Current Location: Home > News > Twitter will be rolling out a new feature that lets you limit who can reply to your tweets 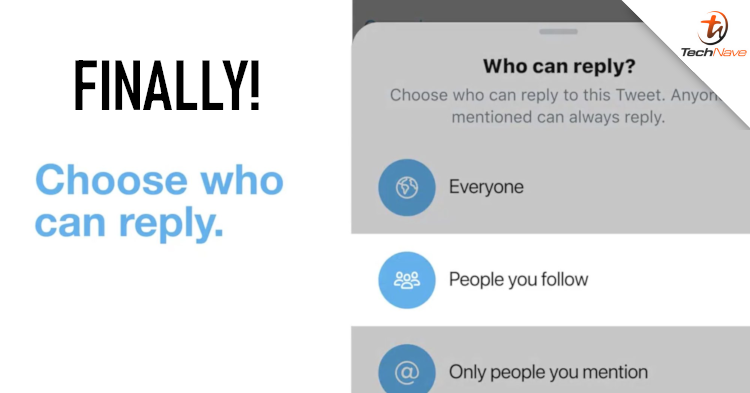 A recent tweet from Twitter’s official account mentioned that they will be rolling out a new feature, which allows you to specify who can reply to your tweets. While the new feature is only available to a small percentage of Twitter users, we can expect it to be rolled out somewhere around June 2020 onwards.

To go into more detail, the new feature enables the Twitter user to specify whether people you follow or people you mentioned are allowed to reply to the tweet. This gives the user more control over the conversations they start, instead of having random users replying to a tweet that is not directed at them.

A new way to have a convo with exactly who you want. We’re starting with a small % globally, so keep your eyes out to see it in action. pic.twitter.com/pV53mvjAVT

With all that said, what are your thoughts on Twitter introducing a feature that lets you specify who can reply to your tweet? Let us know on our Facebook page and for more updates like this, stay tuned to TechNave.com.