Current Location: Home > News > Two realme 5G smartphones spotted with one of them having two batteries 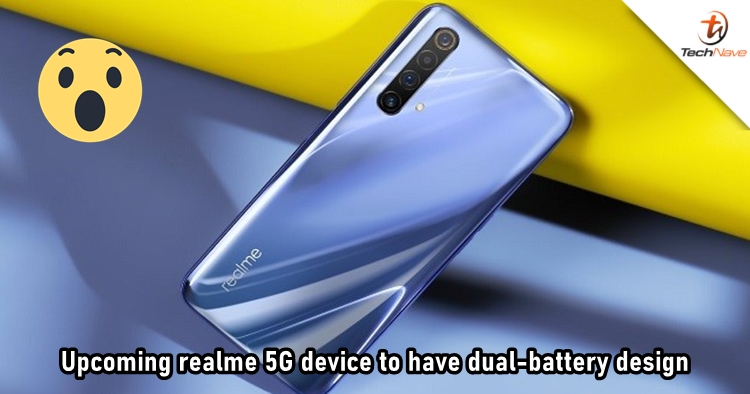 After a realme smartphone with the model number RMX2151 being spotted yesterday, another two realme devices have been found again on TENAA listing today. The two devices come with model numbers RMX2176 and RMX2200. To make things more interesting, they will be supporting dual sim cards and 5G network connections.

According to the source, the RMX2716 will sport a 6.43-inch screen with the RMX2200 having a slightly larger 6.52-inch screen. Other than that, the battery capacity of devices has also been revealed with the RMX2200 housing a 4890mAh battery and the RMX2716 housing a 2100mAh one. The RMX2716 can't come with such a small battery capacity, especially for a 5G smartphone. Therefore, it is suggested that the listing is citing only one arm of the dual-battery design. The RMX2716 could eventually end up having two batteries which have a total of 4200mAh. 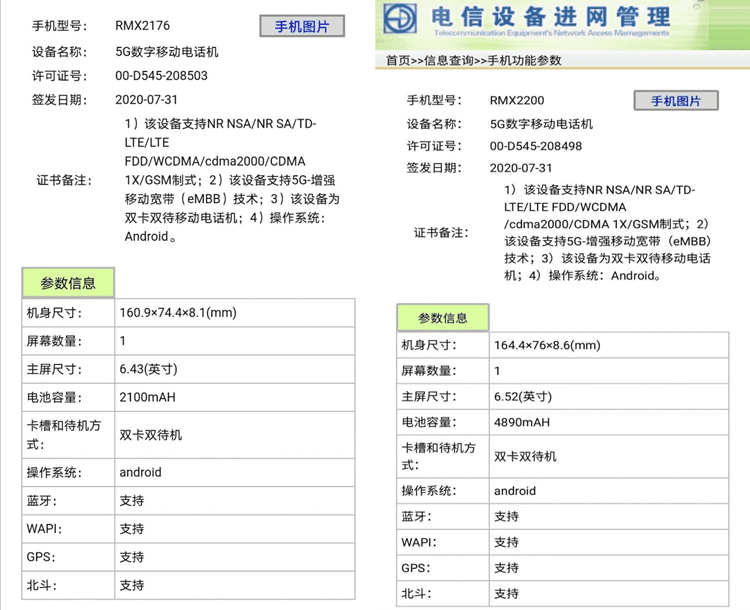 Earlier, the famous tipster Digital Chat Station has revealed some tech specs of the RMX2716. It is said that the device might have an OLED display with a FHD+ resolution. The display could support a high refresh rate, an on-screen fingerprint sensor, and a 32MP front camera in a punch-hole. Other than that, there could also be a Qualcomm Snapdragon 765G chipset on board. At the back, the device is expected to have a quad-camera setup that comes with a 63MP main camera, an 8MP secondary sensor, and two 2MP shooters.

Let us know what you think about these two upcoming realme 5G devices on our Facebook page. Stay tuned to TechNave.com for more interesting smartphone news.