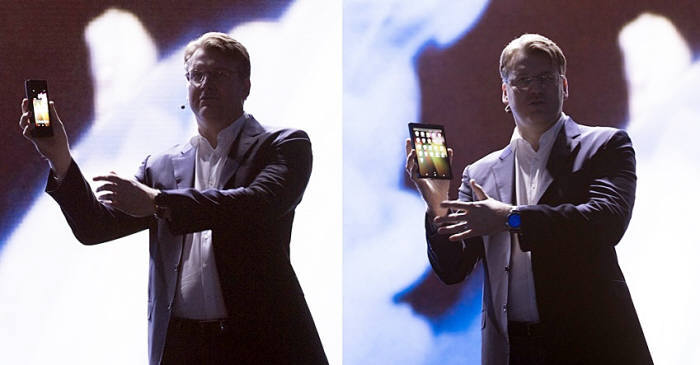 Based on a statement by ETNews.com, the upcoming Samsung Galaxy F, which is the first foldable phone by Samsung, will come equipped with a triple camera rear similar to that of the recently launched Samsung Galaxy A7. In terms of the sensor used, the Galaxy F will come equipped with a wide-angle sensor and a standard dual camera. The exact specs of the camera such as the megapixel count are not known as of now but expect more information about it to be revealed in the first quarter of 2019.

Other than the camera, the device is expected to come equipped with the latest Bixby 3.0 and a dual display. One sized at 4.6-inch while the other foldable display is sized at 7.3-inch when unfolded. There is no information regarding the availability of the device, when will it be coming to Malaysia as well as the local price for it. Do take every bit of information with a grain of salt as there was no official statement made by Samsung as of now. For more updates regarding the Samsung Galaxy F, stay tuned to TechNave.com.