What products to expect during the Huawei Mate 40 series launch? 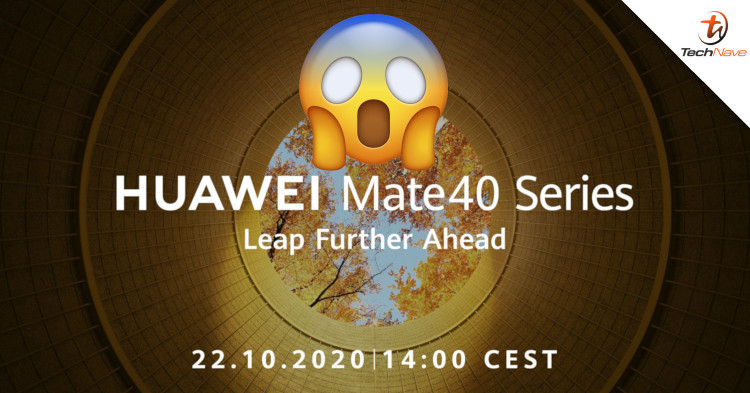 Based on a statement by Huawei’s official Twitter, it seems that Huawei will be announcing the Huawei Mate 40 series smartphone on 22 October 2020. With that said, here’s a short rundown on what gadgets we can expect Huawei to launch during the event which is happening in less than 2 weeks.

As the launch event suggests, the Huawei Mate 40 series, consisting of the usual suspects such as the Mate 40, and the Mate 40 Pro,  will be making its debut during the date mentioned above. However, it seems that there might be a Mate 40 Plus, Mate 40 Pro Plus, as well as the Porsche Design variant as well. But that’s not all, we won’t be surprised if Huawei ends up unveiling accessories or something completely different during the launch event as well.

•October 12 is next Monday, warm-up starts then

However, do take some of the information with a grain of salt, due to the fact that Huawei has yet to provide an official statement on some of the details mentioned in this article. Not only that, but there’s also no news on the Malaysia release date, local pricing, and exact tech specs for the smartphones for now.

With all that said, would you be interested in getting the Huawei Mate 40 series as soon as it is available in the local market? Let us know on our Facebook page and for more updates like this, stay tuned to TechNave.com.