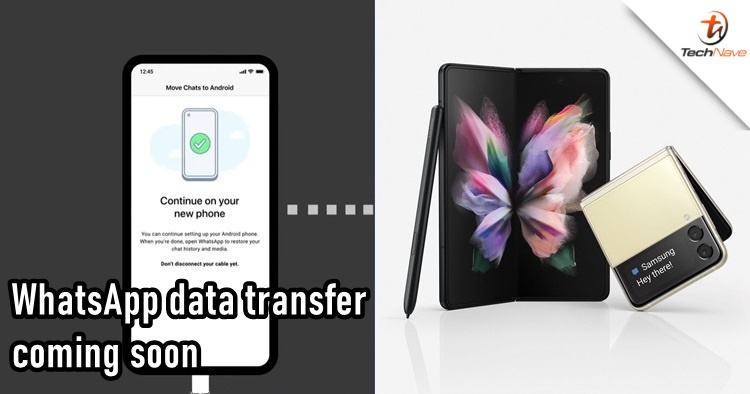 During the Galaxy Unpacked launch last night, it was a surprise that not only Samsung unveiled the Galaxy Z Fold3 5G and Galaxy Z Flip3 5G but also a new WhatsApp feature. If you're unaware, WhatsApp's upcoming feature is about allowing users to transfer their chat history and media data across between Android and iOS devices.

Since the feature got announced at the event, that also means the Galaxy Z Fold3 and Galaxy Z Flip3 will be the first two foldable phones to have it. While no initial date was revealed for the update, it was mentioned to arrive "in the coming weeks". If we have to throw a wild guess, perhaps from 27 August 2021 onwards as that is the launching date for the new Samsung devices. 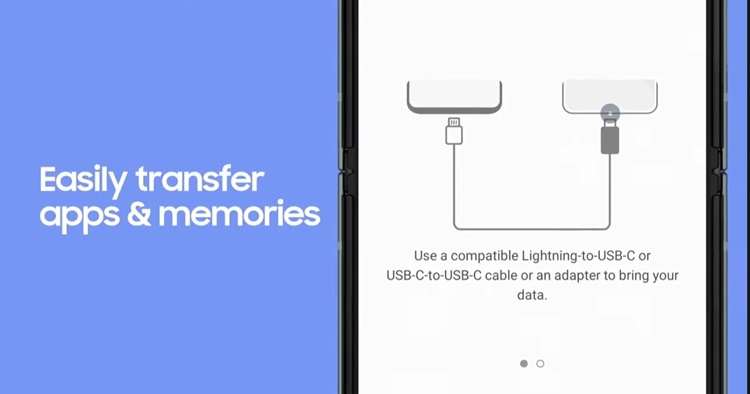 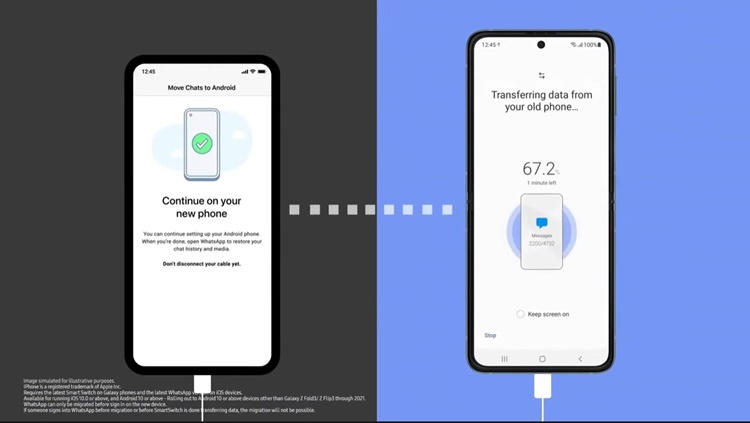 For your information, the new update would require a USB-C to Lightning cable so that could be a hassle when transferring. WhatsApp also told sources that migrating the latest chat history and backing it up will overwrite any existing backups as it should. To add on, they also confirmed that the update will arrive on other Samsung Galaxy phones with Android 10 soon.

As for other Android phones and transferring from Android to iOS, the WhatsApp team is quite tight-lipped about it. Until then, stay tuned for more trending tech news at TechNave.com.