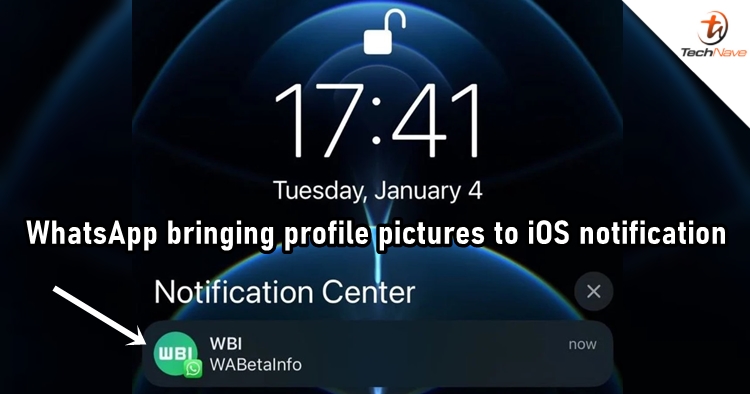 WhatsApp is bringing its first new feature in 2022. The messaging platform will now allow iOS users to view the profile pictures in the notifications from top-screen banners and the Notification Center when they receive a text.

The feature spotted by WEBetaInfo uses APIs in iOS 15 to work, and it might be a thing some iOS users have been asking for. WhatsApp has been allowing Android users to view the profile pictures in system notifications for some time. Therefore, it should be time for the feature to be available on iOS too.

It's said that WhatsApp is still beta-testing the feature. Since it's a new one, it would need some time to fix the bugs before rolling it out to millions of users on iOS devices worldwide. The last update WhatsApp brought to iOS came with a feature that prevents strangers to view the 'Last Seen' status. Let's hope that the messaging platform will continue to improve itself this year like it did in 2021!

What do you think about the feature? Drop a comment to let us know your thoughts and stay tuned to TechNave.com for the latest tech news.