Current Location: Home > News > Will you lose your information if you tap on a WhatsApp Status?

Will you lose your information if you tap on a WhatsApp Status? 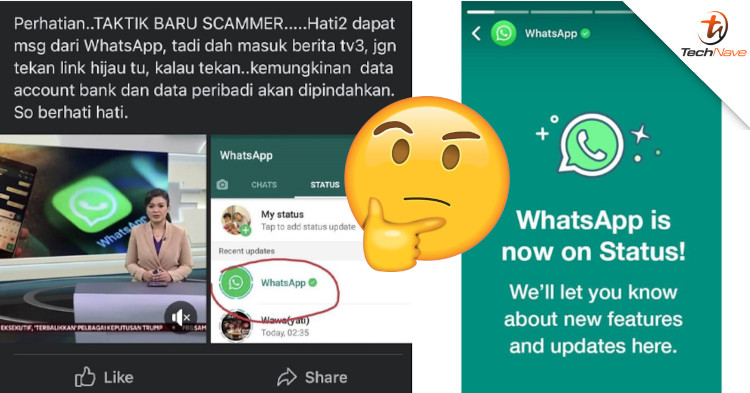 It seems that the developers of WhatsApp recently announced that they will be unveiling new features and updates via the WhatsApp Status feature, which can be found if you swipe left while on the main WhatsApp menu. This is most likely due to the fact that it is much faster to convey new information and updates through the Status feature, instead of having the users access WhatsApp’s official website as it is much more troublesome.

Because of that, there were a few misleading posts spotted on Facebook warning users not to click on the WhatsApp Status as there could be a possibility that your private information, as well as banking details, might get stolen. With that being said, it is actually not that easy to steal someone’s information from WhatsApp due to the fact that it utilizes End-to-End encryption where the message can only be decrypted by the recipient’s device. 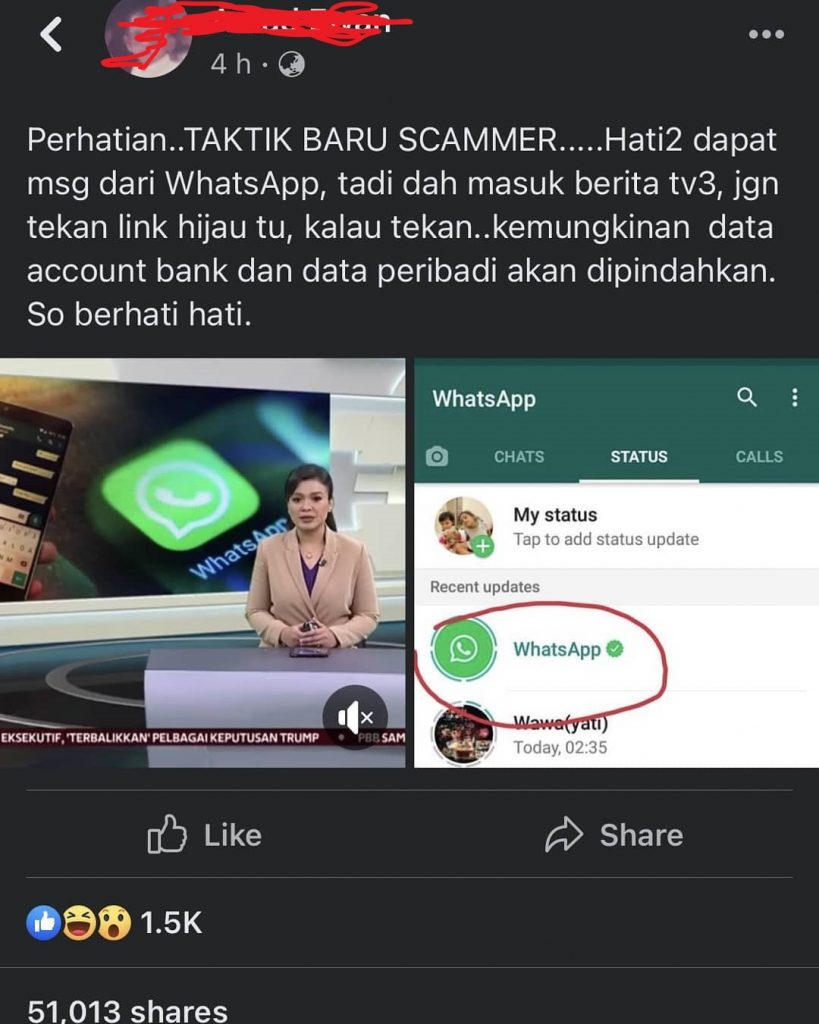 Not only that, but it is also highly unlikely to have your information stolen simply by tapping on a Status on WhatsApp as well. That all being said, what are your thoughts on the whole WhatsApp Status controversy? Let us know on our Facebook page and for more updates like this, stay tuned to TechNave.com.