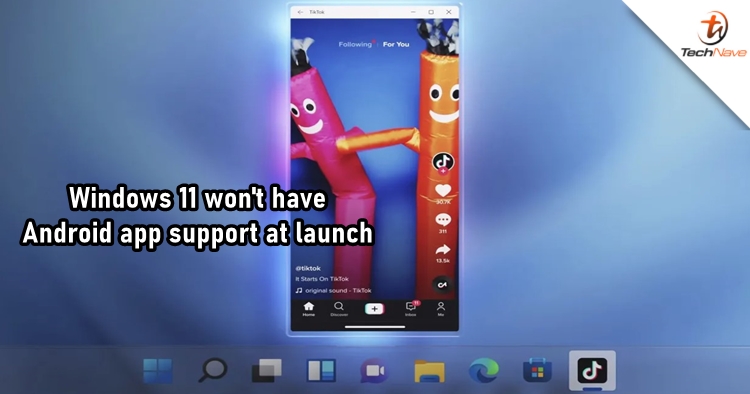 You might be disappointed hearing this one, but still, Microsoft won't include Android app support at the launch of Windows 11 on 5 October. The feature is probably one of the highly-anticipated ones from the upcoming operating system update. However, Microsoft's spokesperson has somehow hinted that it won't arrive until 2022.

According to Aaron Woodman, general manager of Windows marketing, the company "looks forward to continuing its journey to bring Android apps to Windows 11 and the Microsoft Store through the collaboration with Amazon and Intel; and that will start with a preview for Windows Insiders over the coming months." Judging by the statement, the feature is likely to be missing on day one. However, there are still other great things from Windows 11 for you to explore, such as Microsoft Teams integration, a new design with an updated Start menu, Snap Layouts, Groups, Desktops for improved multitasking, and an improved Microsoft Store app.

Windows 11 will be a free upgrade for eligible Windows 10 PCs, and Microsoft aims to offer the upgrade by mid-2022 to all users. Leave some comments to let us know your thoughts on this news and stay tuned to TechNave.com for more tech updates.