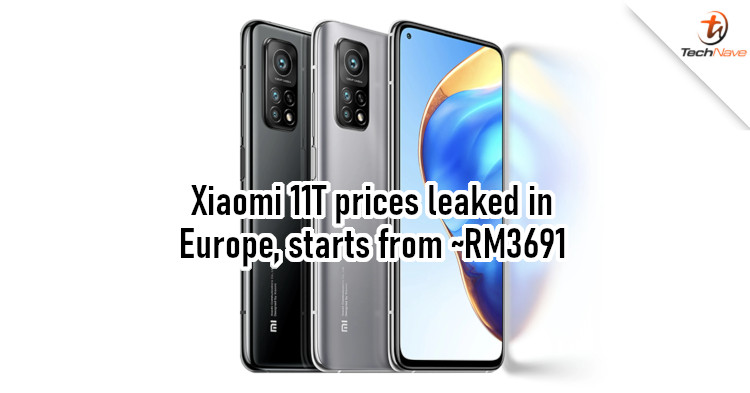 Recent rumours suggest that another Xiaomi flagship is on the way. Following the company's decision to ditch the 'Mi' branding, the device will be named the Xiaomi 11T. Anyway, it looks like there's also a Xiaomi 11T Pro that's coming soon.

According to GSMArena, European retail sites Smart Teck and LambdaTek have revealed some details for the Xiaomi 11T series. You can see that there are two models available - Xiaomi 11T and Xiaomi 11T Pro. Both models will have three colourways of Moonlight White, Meteorite Gray, and Celestial Blue. 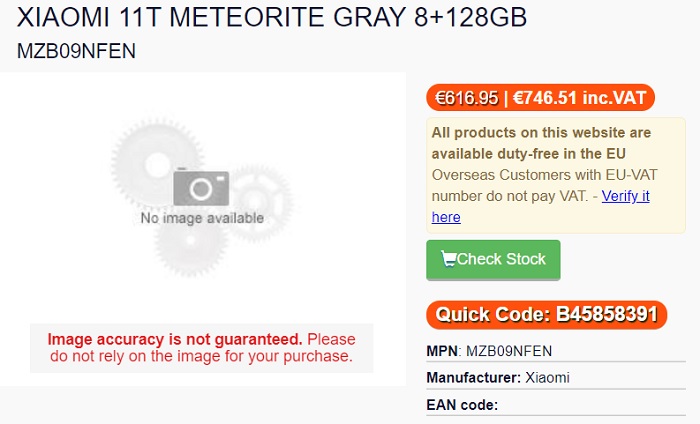 As usual, the converted price may seem higher due to the currency and European VAT

They will also have the same 8GB RAM + 128GB ROM and 8GB RAM + 256GB ROM variants. In addition to that, it's rumoured that the Xiaomi 11T will have a Dimensity 1200 chipset, while the Xiaomi 11T Pro would have the more powerful Snapdragon 888 chipset. A previous rumour also suggests that the new models will come with a 120Hz OLED display, 5000mAh battery, and 120W fast charging.

We've also included the listed European prices for the two devices. As usual, expect them to have lower price tags when they launch in Malaysia. For more updates about the Xiaomi 11T series, stay tuned to TechNave.com.