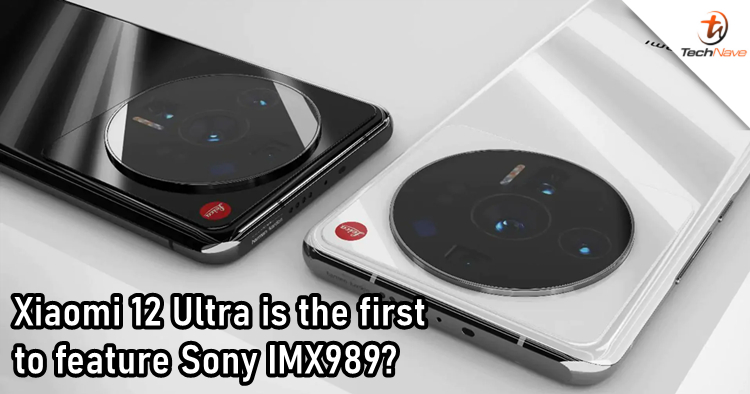 Another tech spec of the upcoming Xiaomi 12 Ultra might have been revealed. According to the tipster Digital Chat Station from Weibo, the device could be the first to feature the new Sony IMX989 sensor.

Recently, Sony is also rumoured to be preparing for a new IMX8 series sensor for the vivo X80 Pro, and it's said to be the IMX866. Until now, it looks like the company has another product in the works as well. The IMX989 could be a 50MP sensor with a size close to 1-inch.

Besides that, the Xiaomi 12 Ultra is suggested to have a 6.73-inch 2K 120Hz E5 AMOLED Display display supporting LTPO 2.0 technology, a 48MP ultrawide sensor with OIS support, and a 48MP telephoto lens with 120x zoom support. Under the hood, it should get powered by the TSMC version of Qualcomm Snapdragon 8 Gen 1, alongside a 4,900mAh battery having a 120W fast charging support. Other features include stereo speakers and an IP68 water resistance rating. The device is expected to debut around the end of Q2 2022.

Are you excited about the Xiaomi 12 Ultra? Drop a comment to let us know, and stay tuned to TechNave.com for more tech reports.