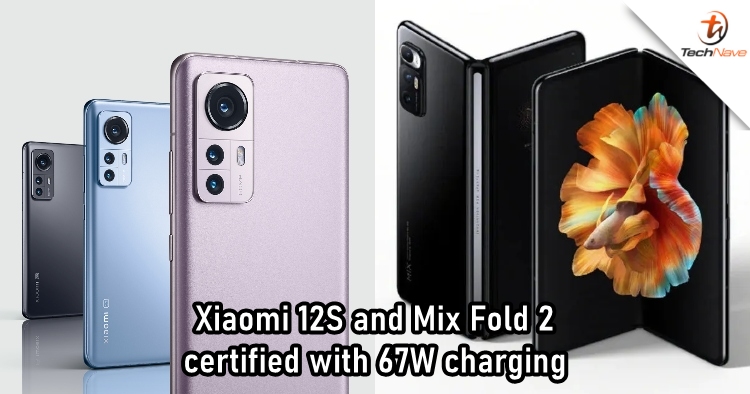 Most of you might have already known that Xiaomi will collaborate with Leica for its upcoming smartphones. One of the devices in question is said to be the Xiaomi 12S. Before everything gets revealed, China's 3C agency added that the Xiaomi 12S would also get a 67W fast charging support.

Besides the Xiaomi 12S, the company's next-gen folding smartphone, Mix Fold 2, has also been certified with the same charging capacity. They are listed with the same charging brick bearing the model number MDY-12-EF. Since the devices have been certified, it's actually telling us that they will launch soon. Therefore, let's see if the announcement of the date will come these few days.

Besides a Leica camera setup and 67W charging, the Xiaomi 12S would also feature the latest Qualcomm Snapdragon 8+ Gen 1 chip, alongside a 120Hz OLED display and 50MP primary camera. Meanwhile, it's likely for a Pro variant to show as well, which is said to serve both Snapdragon 8+ Gen 1 and Dimensity 9000 models. On the other hand, the Mix Fold 2 is rumored to launch with an 8.1-inch LTPO folding display, an under display camera and the same flagship Snapdragon chip.

Are you excited about seeing these new Xiaomi devices? Leave a comment to let us know how you feel, and stay tuned to TechNave.com for more smartphone news.