Xiaomi 12T Pro likely to feature the 200MP imaging system, while the Xiaomi 12T gets the 108MP camera 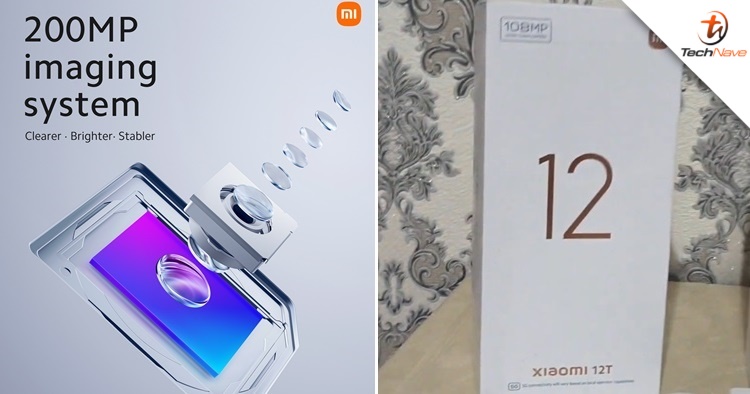 As most of you should know, the Xiaomi 12T series will be launching globally very soon on 4 October 2022. There has been a couple of speculations on what the phone could feature, but here are some confirmed ones.

Starting with the camera, it has been confirmed by Lei Jun, CEO of Xiaomi that the Xiaomi 12T series will indeed have a 200MP imaging camera system. Lei Jun also added in his tweet posts that the reason why the company is investing heavily in the camera is that it's one of the key factors that drive the buying decision.

Hardware used to be our main focus. In recent years, we moved into the next phase of our strategy, which aims to deeply integrate software and hardware for a better experience. Only with deep integration can Xiaomi achieve new breakthroughs. pic.twitter.com/3pBErqA3QS

On the other hand, there is an online leaked photo of the Xiaomi 12T series retail box. The box may come bundled with a 120W charging adapter, as well as a USB-A to USB-C cable. In other words, it's very likely that the 120W fast charging technology would return to the phone.

We won't have to wait too long now for the global launch on 4 October 2022. The livestream will start at 8 PM in Malaysia's timing where it will be played on Xiaomi's Facebook and YouTube pages, as well as releasing bits of information on Twitter. Stay tuned for our news coverage next week only at TechNave.com.