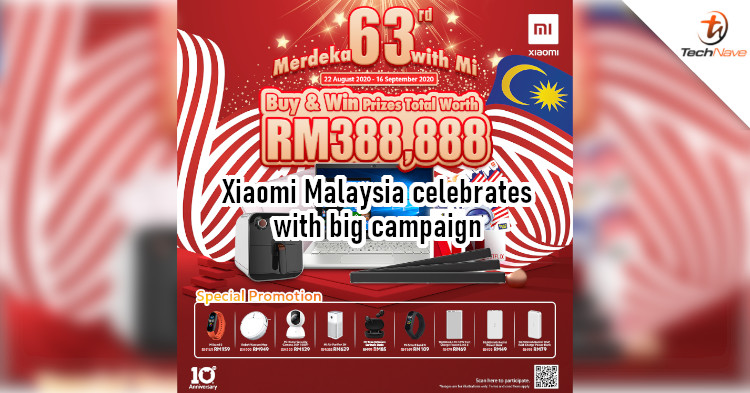 With Merdeka Day and Malaysia Day coming soon, Xiaomi Malaysia has something special up its sleeve. The company has announced the 63rd Merdeka with Mi campaign that will be held from 22 August to 16 September 2020. During the campaign, there will be special deals for Xiaomi products and attractive prizes worth up to RM388888 to be won.

Xiaomi has confirmed that the campaign will be an offline one that will be available at all participating Authorised Mi Stores and resellers in Malaysia. With the purchase of any selected Xiaomi smartphone, you'll be able to join the lucky draw and stand a chance to win a laptop, soundbar, and more. There will be four weekly sessions of lucky draw and the winners will be announced on Xiaomi Malaysia's Facebook page, so do keep an eye on that if you're participating. 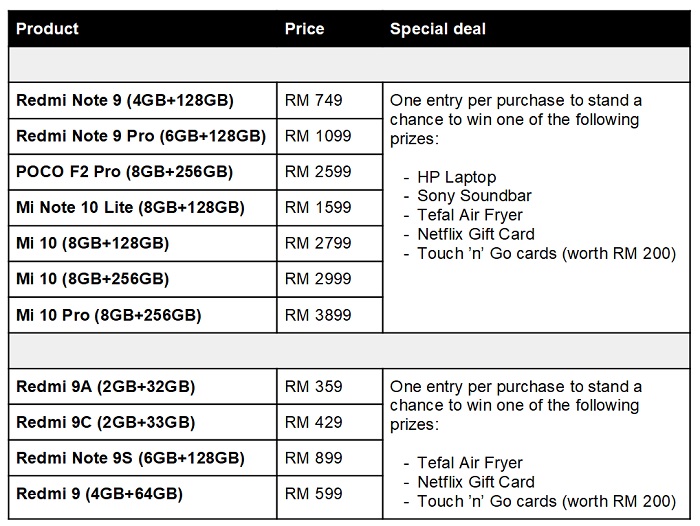 There will be 4 lucky draw sessions split into 4 weeks, number of prizes unconfirmed 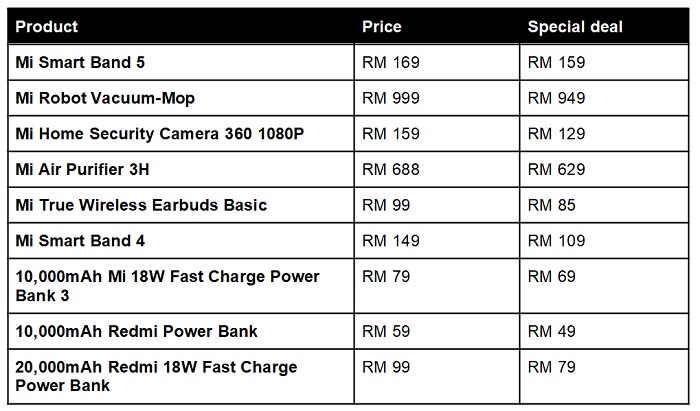 Besides the lucky draw, other products will also be getting some discounts during the campaign period. These include the Mi Smart Band 5, Mi True Wireless Earbuds Basic, and more. You can check the table above to see what else is discounted.

So, are you planning to take advantage of this campaign? Which device are you going to buy to enter the lucky draw? Do let us know in the comments below and stay tuned to TechNave.com for news on special deals or the latest gadgets.