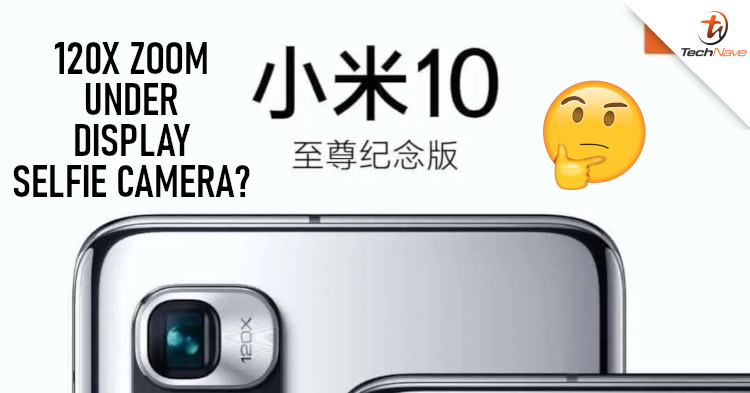 Based on a statement by gizchina, it seems that the official renders for the Xiaomi Mi 10 Ultra might have been spotted which hints that the smartphone will most likely come equipped with 120x zoom. But that’s not all, @DSCCRoss on Twitter mentioned that the smartphone will most likely be available in limited quantity and it will come equipped with an under-display selfie camera.

Other than what was mentioned, our sources mentioned that the Ultra variant will come equipped with a Qualcomm Snapdragon 865 chipset, LPDDR5 RAM, UFS 3.1 storage, 120Hz AMOLED display as well as a 4500mAh internal battery which supports up to 100W fast charging. Do take some of the information with a grain of salt, due to the fact that Xiaomi has yet to provide an official statement on the leak.

It will likely be the first phone with an under panel camera. But volume will be (shockingly) small...:) Mostly a demo product from what I hear.

Not only that, but there’s no news on the Malaysia release date, local pricing, and exact tech specs of the smartphone in question for now. Would you be interested in getting the Xiaomi Mi 10 Ultra as soon as it is available in Malaysia? Let us know on our Facebook page and for more updates like this, stay tuned to TechNave.com.