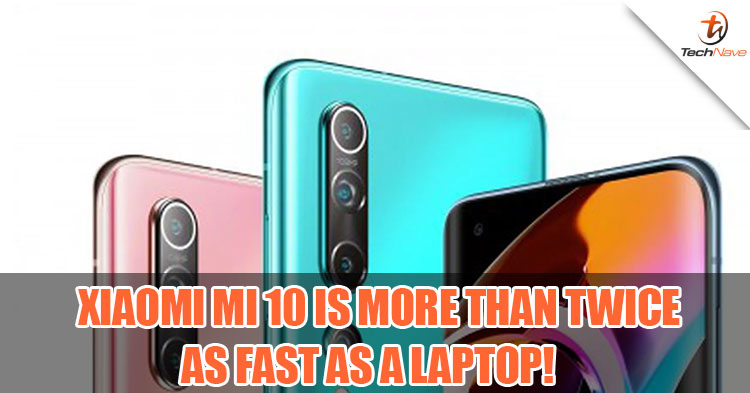 The Xiaomi Mi 10 has been a hit of the town since the first poster leaked last month. Today, we got another video teaser which the company shows off the smartphone's front design and also the speed of the device.

The teaser shows a curved display with a punch-hole selfie camera design of the phone on the left. Besides, the promo video also shows it can calculate 10 million digits after Pi’s decimal point in 36.8 seconds. It resulted to be more than twice as fast as the laptop on the right which calculates the same amount of digits in 92 seconds.

The impressive result performed by the Xiaomi Mi 10 is eqquiped with the latest Snapdragon 865 processor and may also support up to 66-watt of fast charging but we don’t know what laptop did the company used to on the left to compete with the Mi 10.

With that said, we should be able to experience the speed of the Mi 10 and Mi 10 Pro once they arrive officially on February 23 in Barcelona. So are you impressed with the speed test? Let us know at our Facebook page and stay tuned for more news updates on TechNave.com