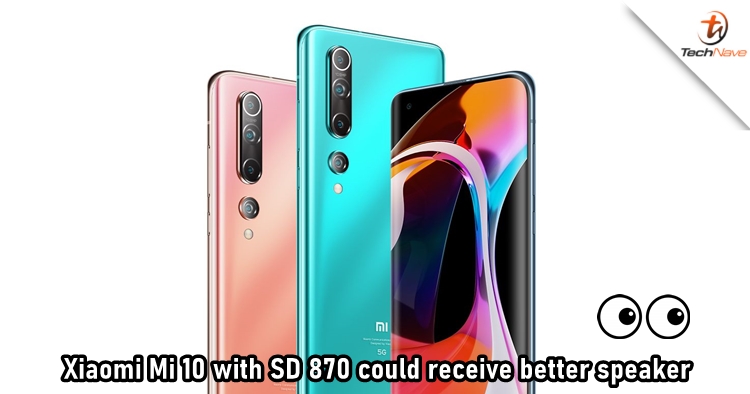 Earlier, rumour has appeared claiming that the Xiaomi Mi 10 with Qualcomm's latest Snapdragon 870 will be launched soon as it was spotted on 3C. Now, a new leak has come suggesting that the upcoming Mi 10 device could also come with a better symmetrical dual speaker system.

According to reputable tipster Digital Chat Station, the new version of Xiaomi Mi 10 will feature a symmetrical dual speaker system that will sound better than earphones' dual speaker. The tipster also mentioned that this device is for Mi fans who are looking for external sound quality. Other than this, not much information has been revealed at the moment.

However, there is one thing confirmed which is the device will bring better performance compared to the previous Mi 10. The 7nm Snapdragon 870 chipset features Qualcomm's 5th gen Artificial Intelligence (AI) Engine and the Hexagon 698 Processor with Hexagon Tensor Accelerator. There's also the Kryo 585 CPU core which is improved to be able to clock up to 3.2GHz. Therefore, mobile gamers can look forward to this device as well.

Let us know what you think about the refreshed Xiaomi Mi 10 on our Facebook page. Stay tuned to TechNave.com for more smartphone news.