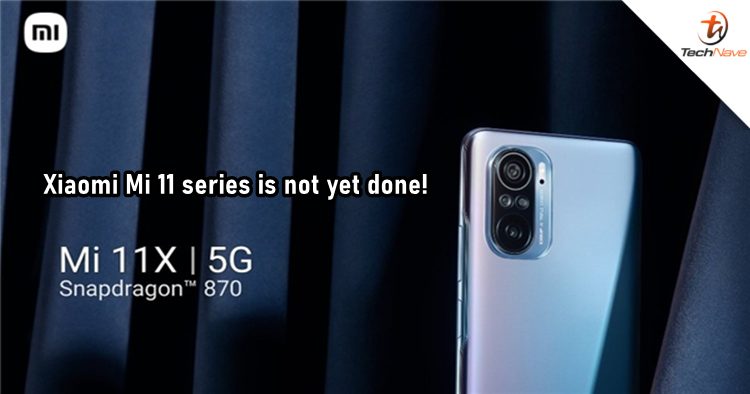 Xiaomi is not yet done with the Mi 11 series after serving the Mi 11 as the 'appetizer' with Mi 11 Lite, Mi 11 Pro, and Mi 11 Ultra as the 'main course'. Now, the 'dessert' is on the way as the Mi 11X and Mi 11X Pro are soon to be launched in India. Today, the news has arrived claiming that the Mi 11X will be powered by Qualcomm's Snapdragon 870 chipset.

The Mi 11X has an identical tech spec sheet as the Redmi K40. However, the latter has a 120Hz AMOLED high refresh rate display while the Mi 11X is expected to adopt an E4 material AMOLED screen. The screen is said to be a 6.67-inch and has a peak brightness of 1,300 nits. It also comes with features including 360Hz touch sampling rate, super-division touch, AI super-division algorithm, sunlight screen, front, and rear dual light perception. Besides that, the Xiaomi Mi 11X could also come with a 48MP main camera and a 4520mAh battery that supports 33W fast charging. The Mi 11X series is suggested to be launched in India this month. For now, we could only wait until then to find out what Xiaomi still has in store for us.

Let us know what you think about the upcoming Xiaomi Mi 11X series on our Facebook page. Stay tuned to TechNave.com for more smartphone rumours.